This week your student will learn to describe the movement of two-dimensional shapes with precision. Here are examples of a few of the types of movements they will investigate. In each image, Shape A is the original and Shapes B, C, and D show three different types of movement: 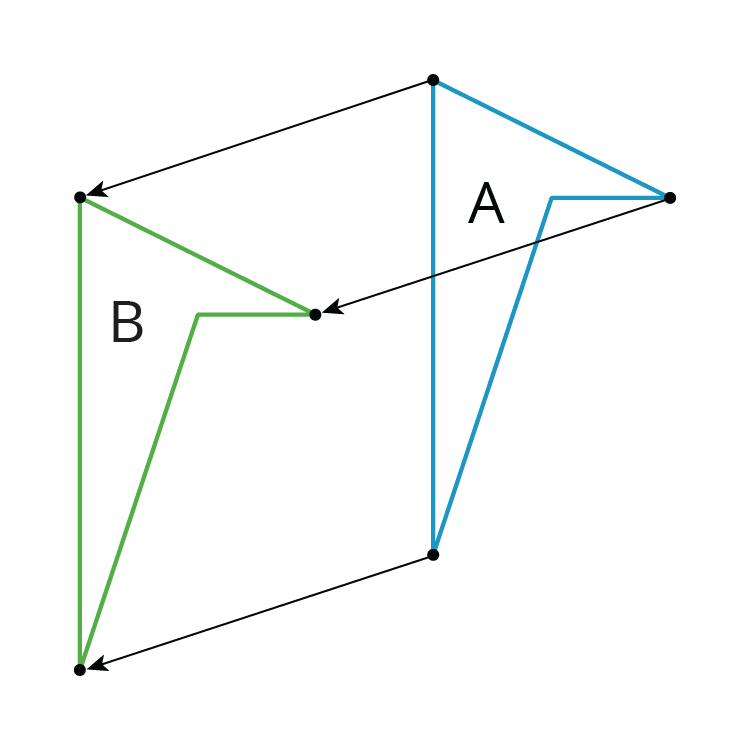 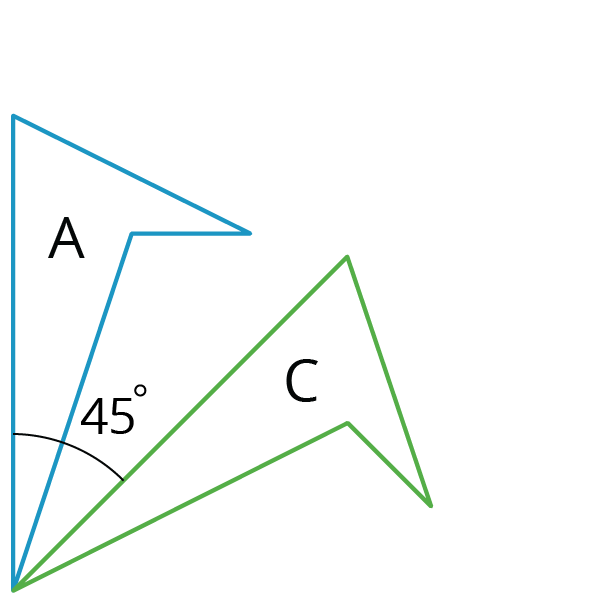 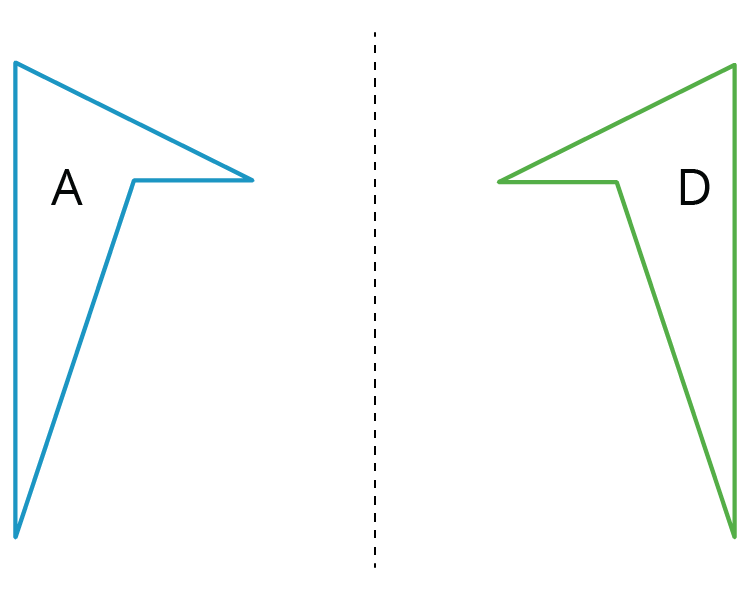 Students will also experiment with shapes and drawings to build their intuition by:

This week your student will investigate rigid transformations, which is the name for moves (and sequences of moves) that preserve length and angle measures like translations, rotations, and reflections. For example, in this image the triangle $ABC$ was reflected across the line $AC$ and then translated to the right and up slightly. 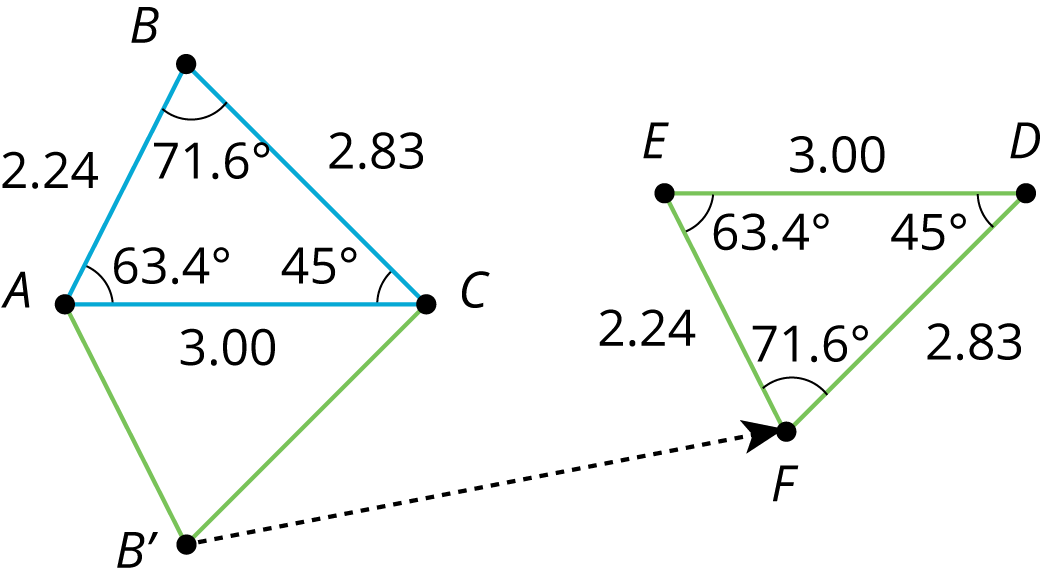 This week your student will learn what it means for two figures to be congruent. Let’s define congruence by first looking at two figures that are not congruent, like the two shown here. What do these figures have in common? What is different about them? 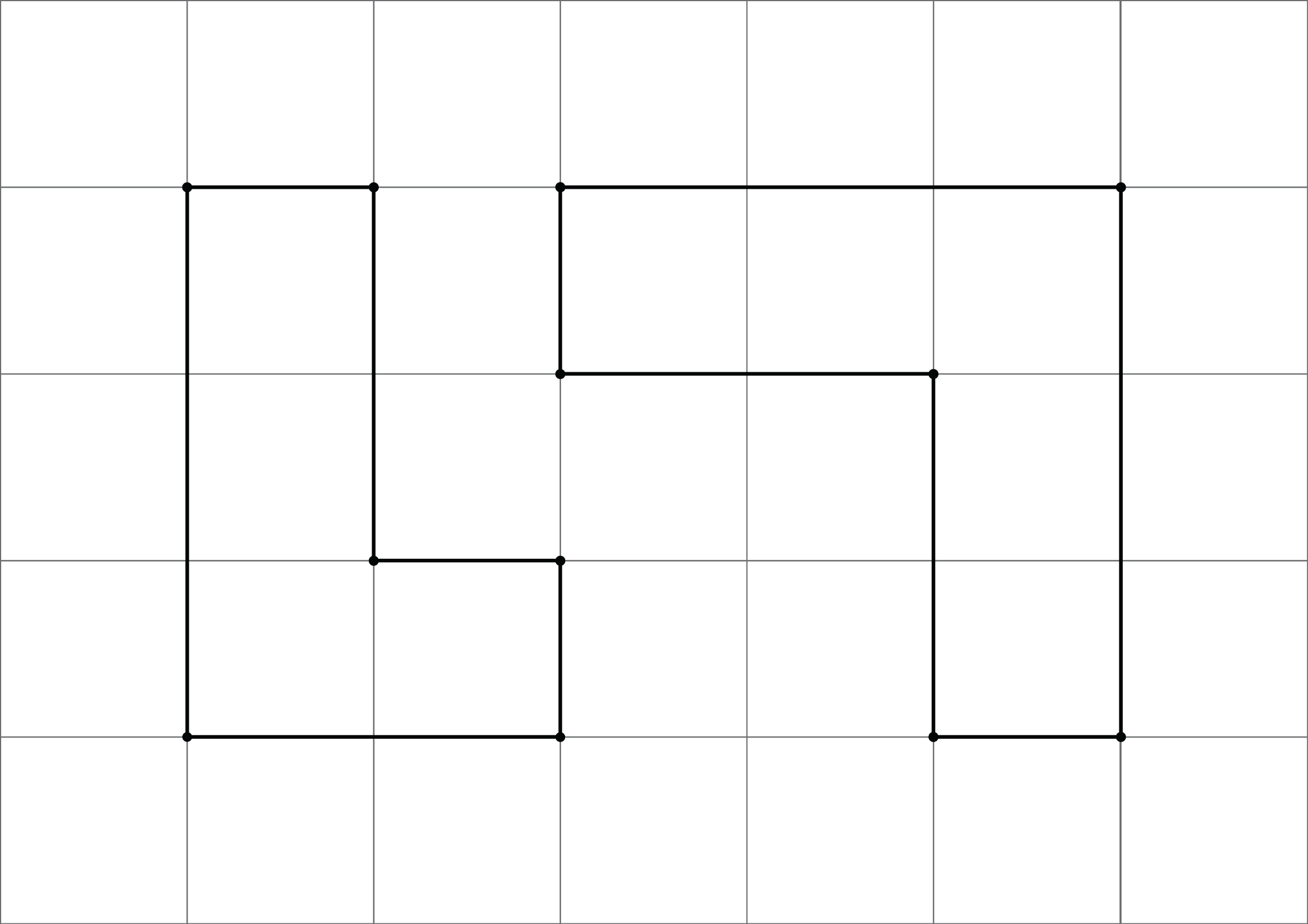 If two figures are congruent, that means there is a sequence of rigid transformations we could describe that would make one of the figures look like the other. Here, that isn’t possible. While each has 6 sides and 6 vertices and we can make a list of corresponding angles at the vertices, these figures are not considered congruent because their side lengths do not correspond. The figure on the left has side lengths 3, 2, 1, 1, 2, 1. The figure on the right has side lengths 3, 3, 1, 2, 2, 1.

For the last part of this unit, students will use the congruence to investigate some interesting facts about parallel lines and about the angles in a triangle.