Does This Predict That?

This week your student will work with scatter plots. Scatter plots show us how two different variables are related. In the example below, each plotted point corresponds to a dog, and its coordinates tell us the height and weight of that dog. The point on the lower left of the graph, for example, might represent a dog that is 8 inches tall and weighs about 5 pounds. The plot shows that, generally speaking, taller dogs weigh more than shorter dogs. Since a larger value for one characteristic (height) generally means a larger value for the other characteristic (weight), we say that there is a positive association between dog height and dog weight. 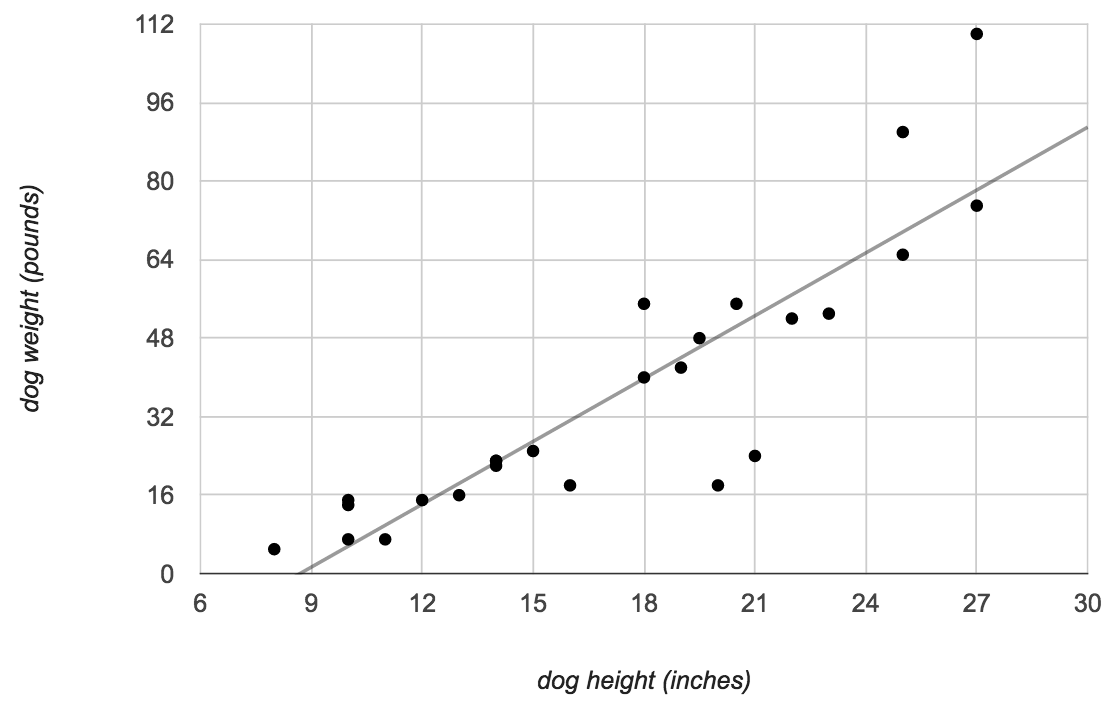 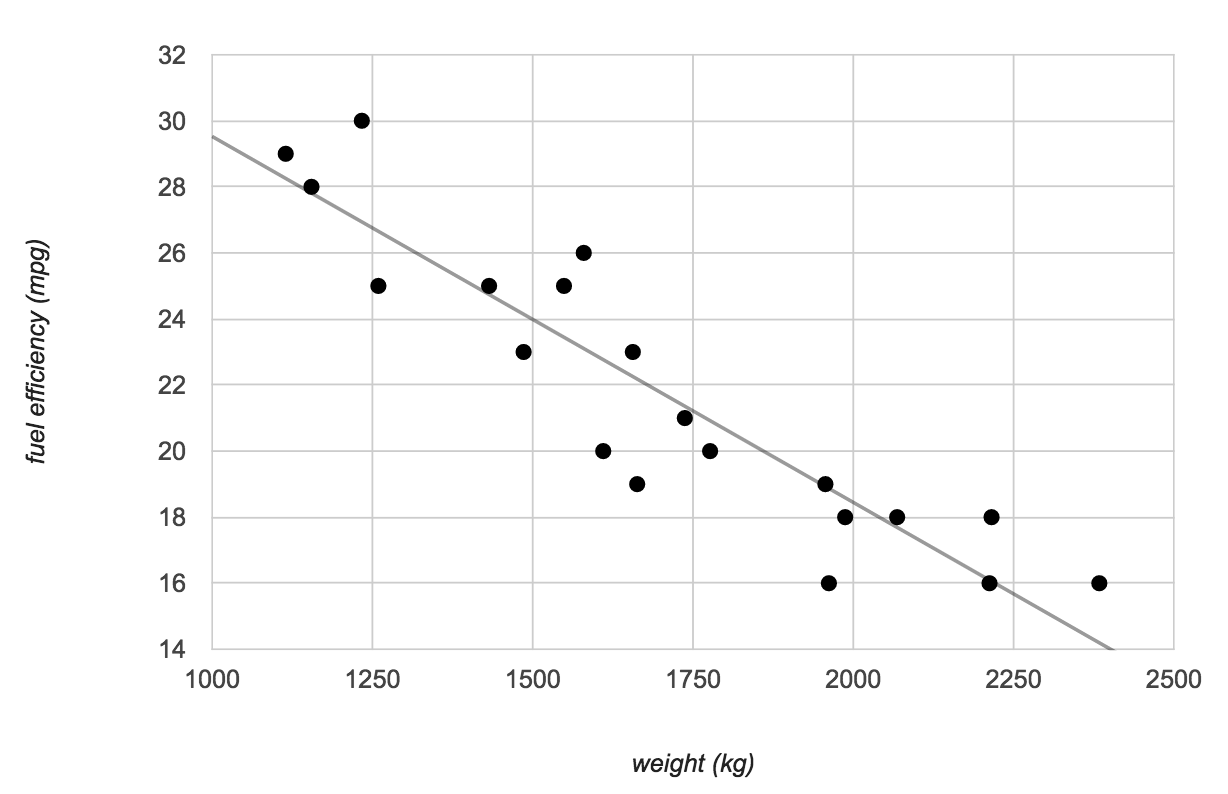 The following scatter plot shows the relationship between average temperature and gas usage in a buildings. 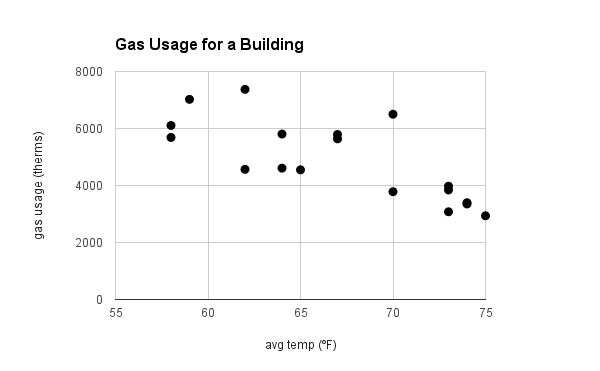 This week your student will use two-way tables. Two-way tables are a way of comparing two variables. For example, this table shows the results of a study of the relation between meditation and state of mind of athletes before a track meet.

The following table contains data about whether people in various age groups use their cell phone as their main alarm clock.