Plot the points. What do you notice about the graph?

Your teacher will give you papers showing tables and graphs.

One way to represent a proportional relationship is with a graph. Here is a graph that represents different amounts that fit the situation, “Blueberries cost \$6 per pound.” 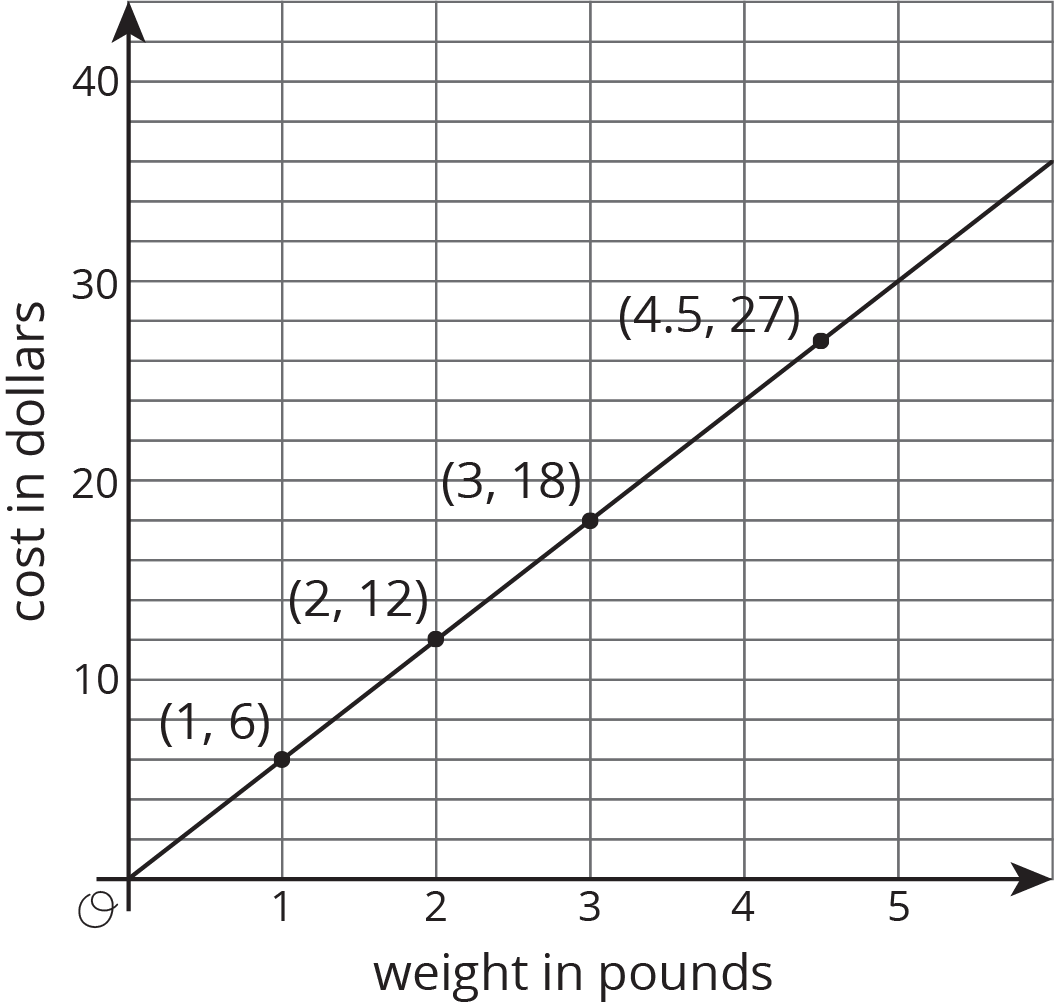 If the graph represented the cost for different numbers of sandwiches (instead of pounds of blueberries), it might not make sense to connect the points with a line, because it is often not possible to buy 4.5 sandwiches or 1.875 sandwiches. Even if only points make sense in the situation, though, sometimes we connect them with a line anyway to make the relationship easier to see.

Graphs that represent proportional relationships all have a few things in common:

Here are some graphs that do not represent proportional relationships: 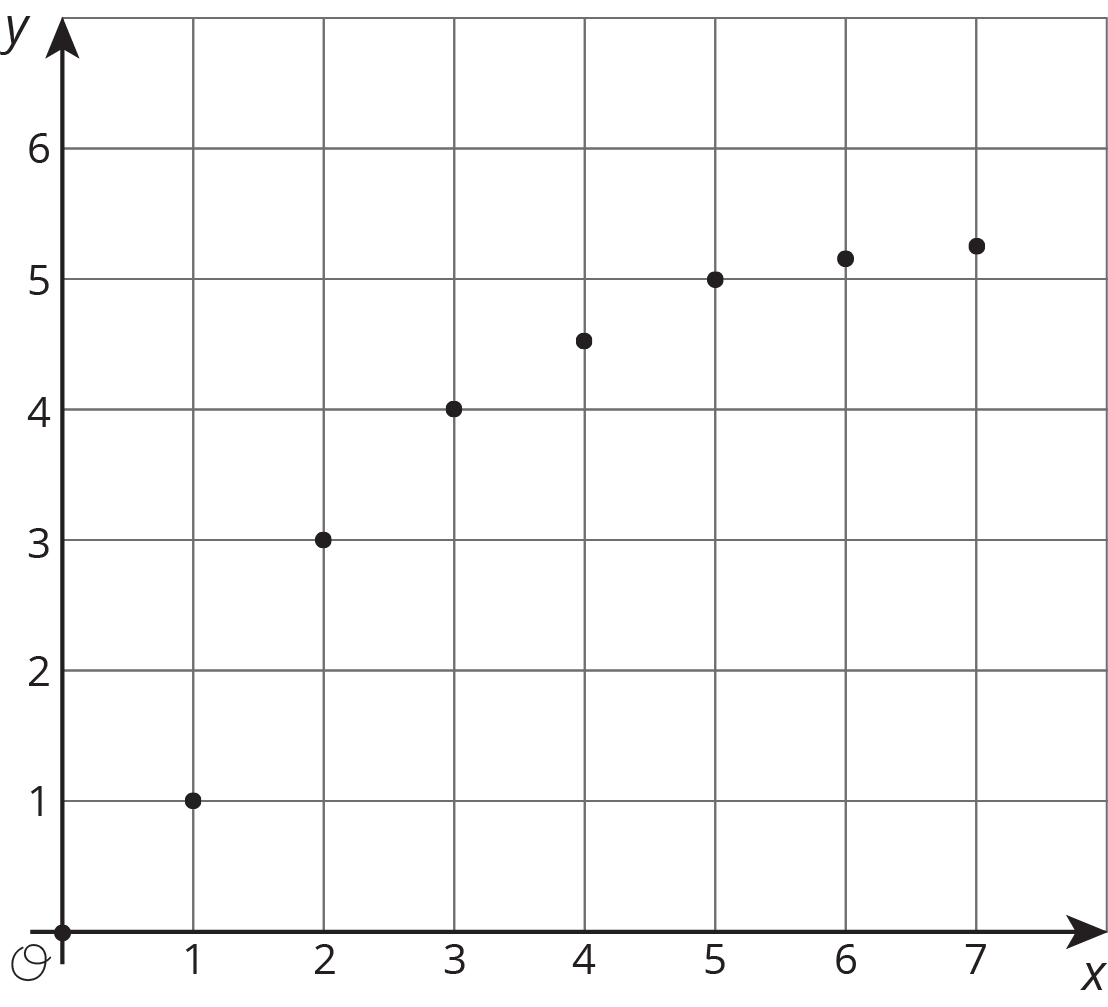 These points do not lie on a line. 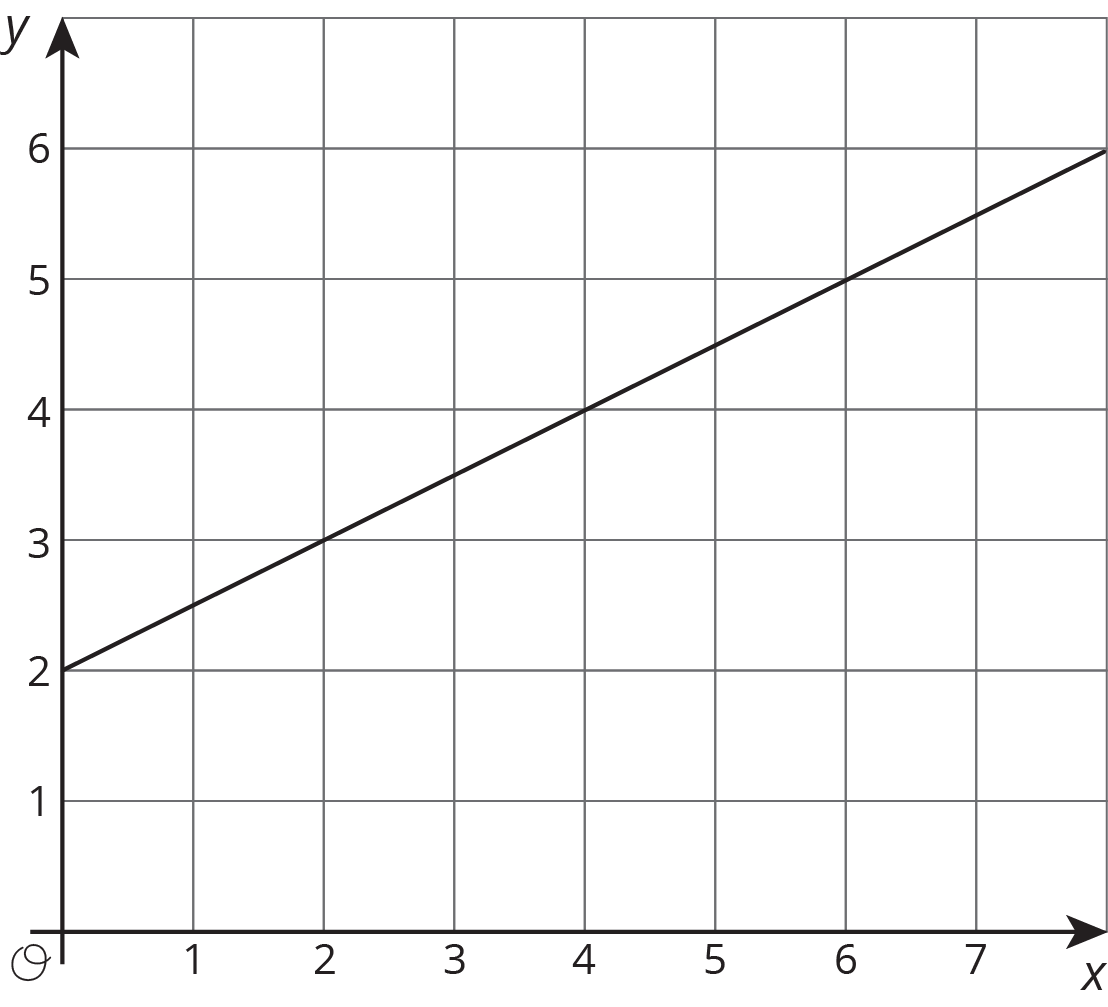 This is a line, but it doesn’t go through the origin.