Here is a weather thermometer. Three of the numbers have been left off. 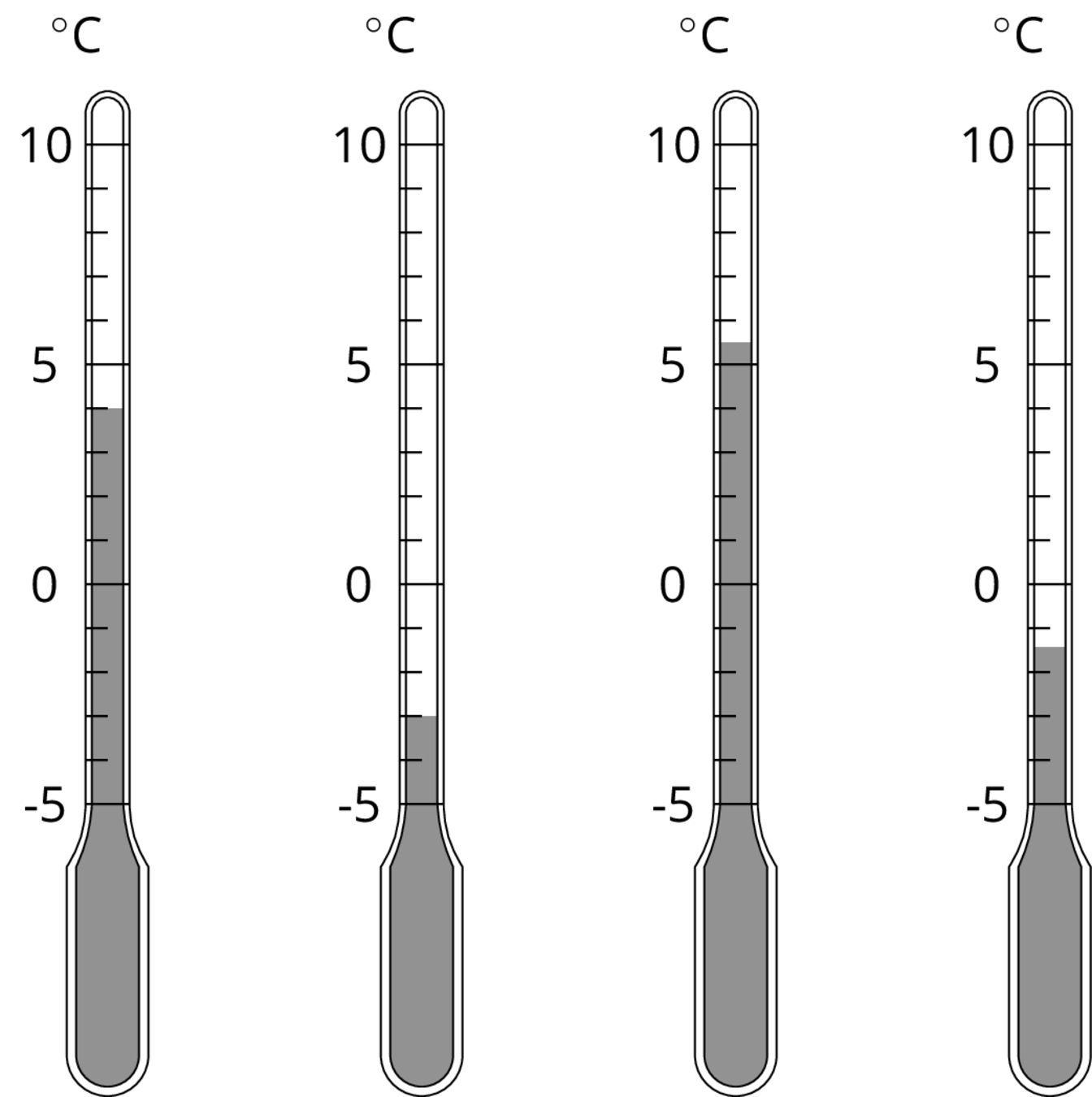 Here is a picture of some sea animals. The number line on the left shows the vertical position of each animal above or below sea level, in meters. 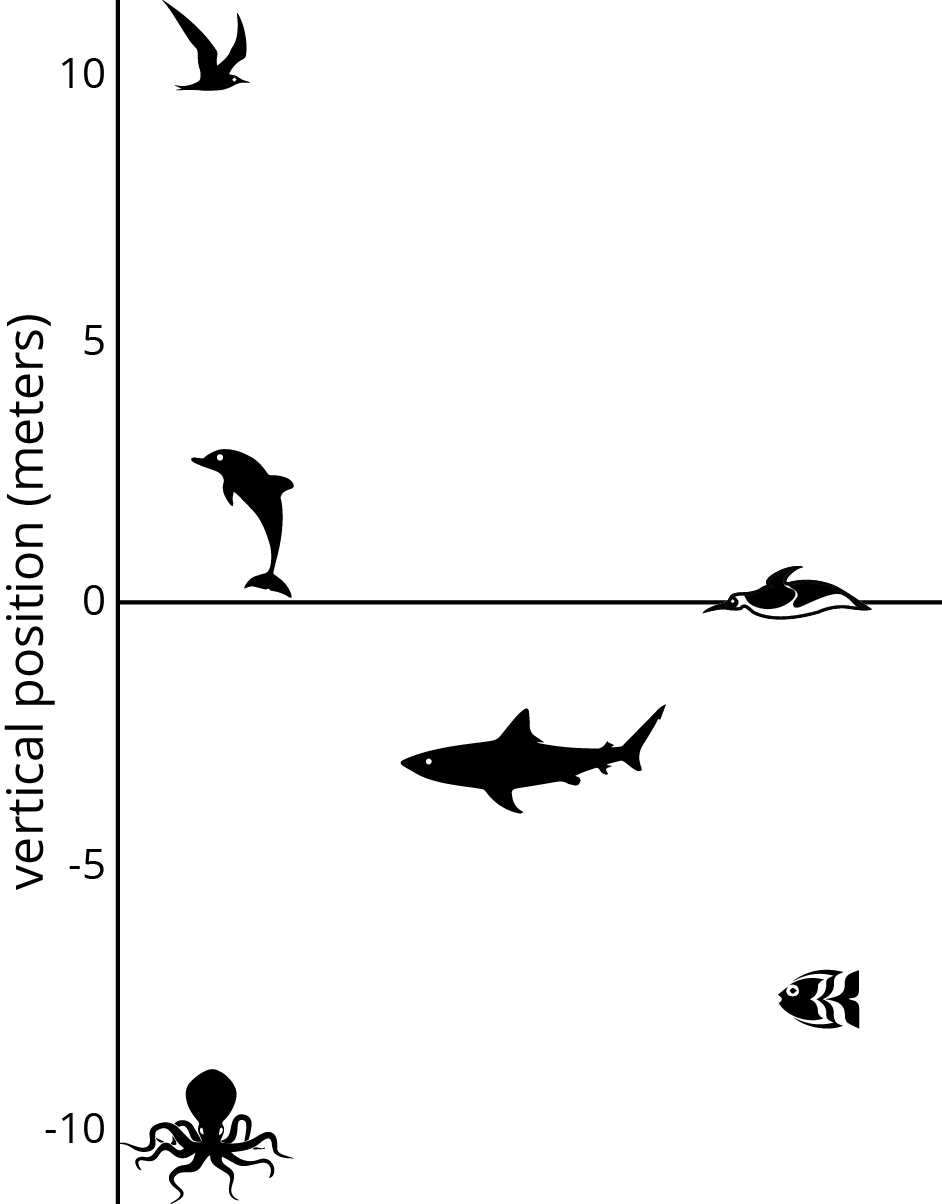 We can use positive and negative numbers to represent temperature and elevation.

We can see the order of signed numbers on a number line.