Choose whether each of the statements is true in all cases, in some cases, or in no cases. 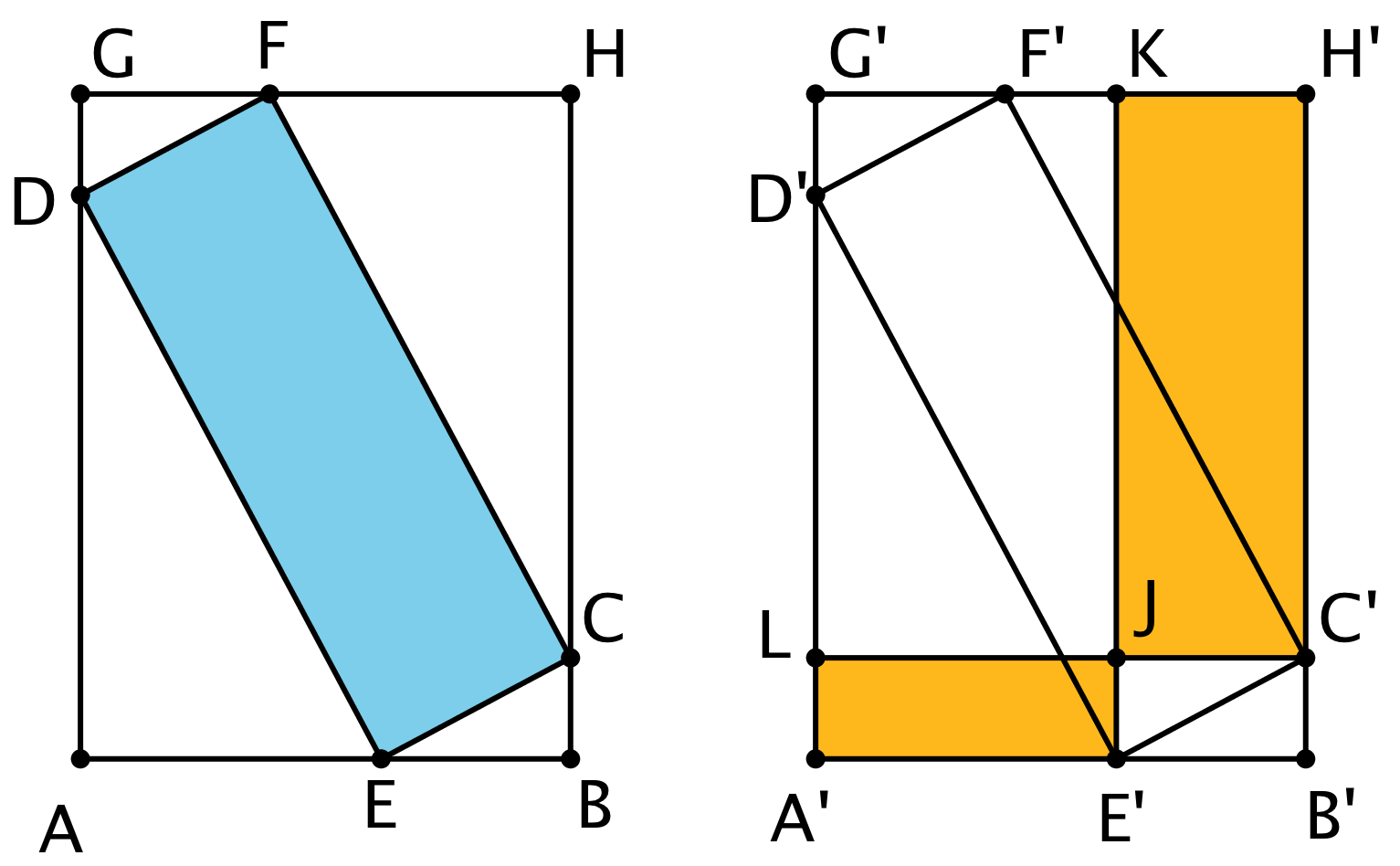 Your teacher will give you a card. Find someone else in the room who has a card with a polygon that is similar but not congruent to yours. When you have found your partner, work with them to explain how you know that the two polygons are similar. 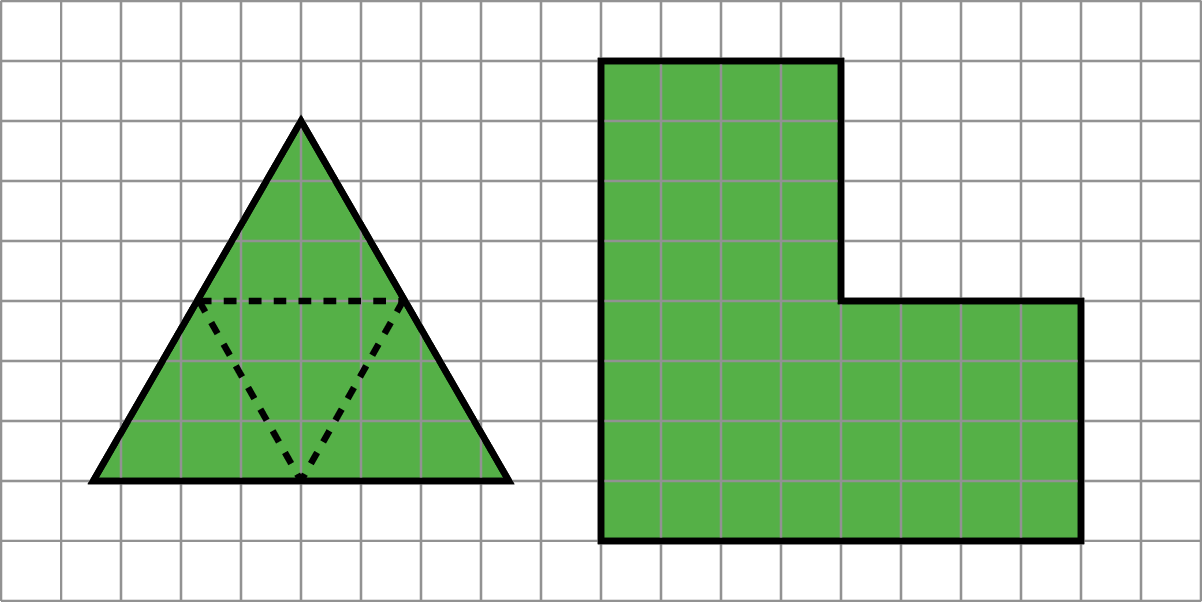 Find a way to do this for the figure on the right, partitioning it into smaller figures which are each similar to that original shape. What’s the fewest number of pieces you can use? The most?

When two polygons are similar:

Consider the two rectangles shown here. Are they similar?

Here is an example that shows how sides can correspond (with a scale factor of 1), but the quadrilaterals are not similar because the angles don’t have the same measure: