Trapezoids $ABCD$ and $A’B’C’D’$ are congruent.

Are any of the ovals congruent to one another? Explain how you know. 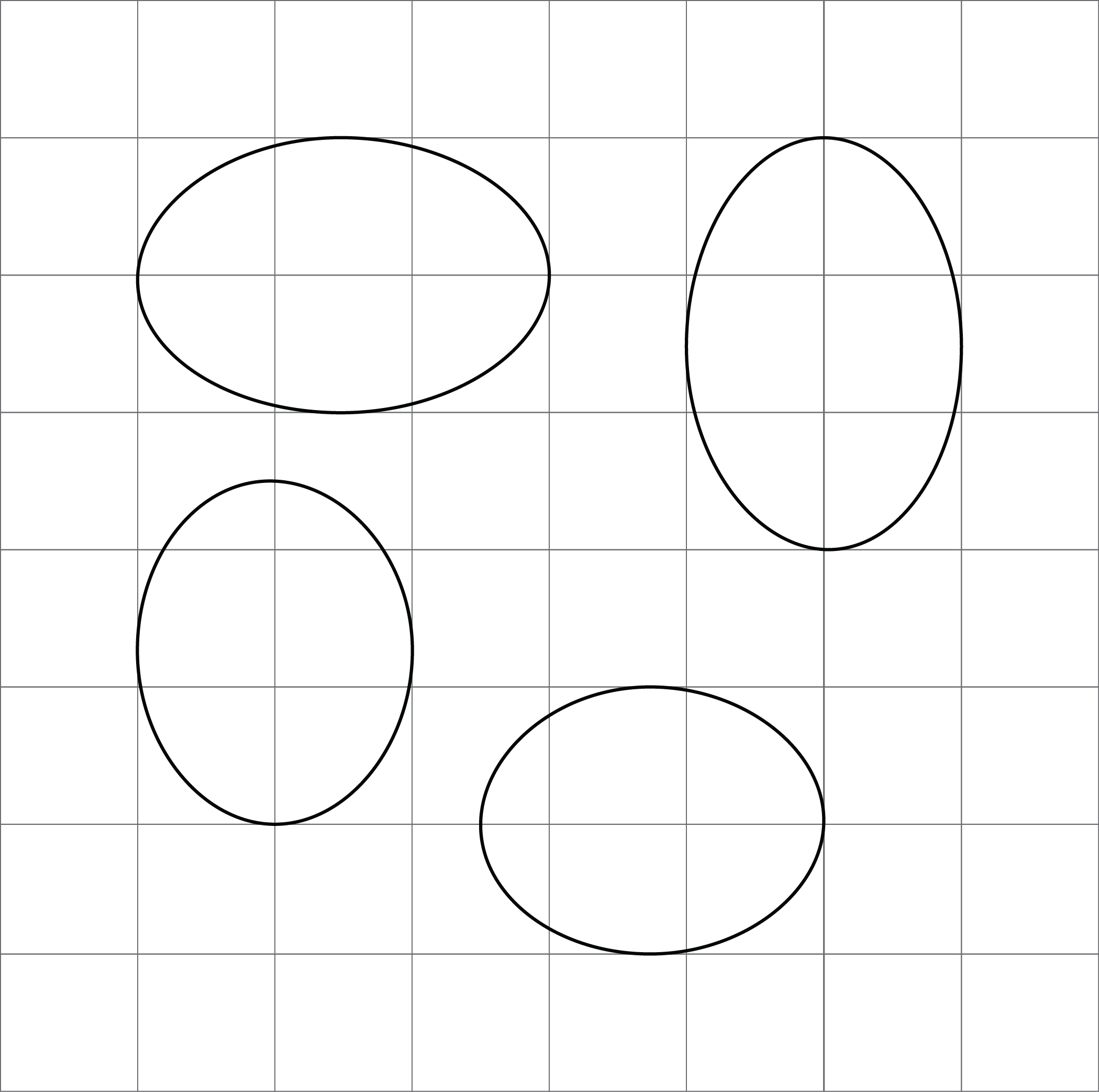 You can use 12 toothpicks to create a polygon with an area of five square toothpicks, like this: 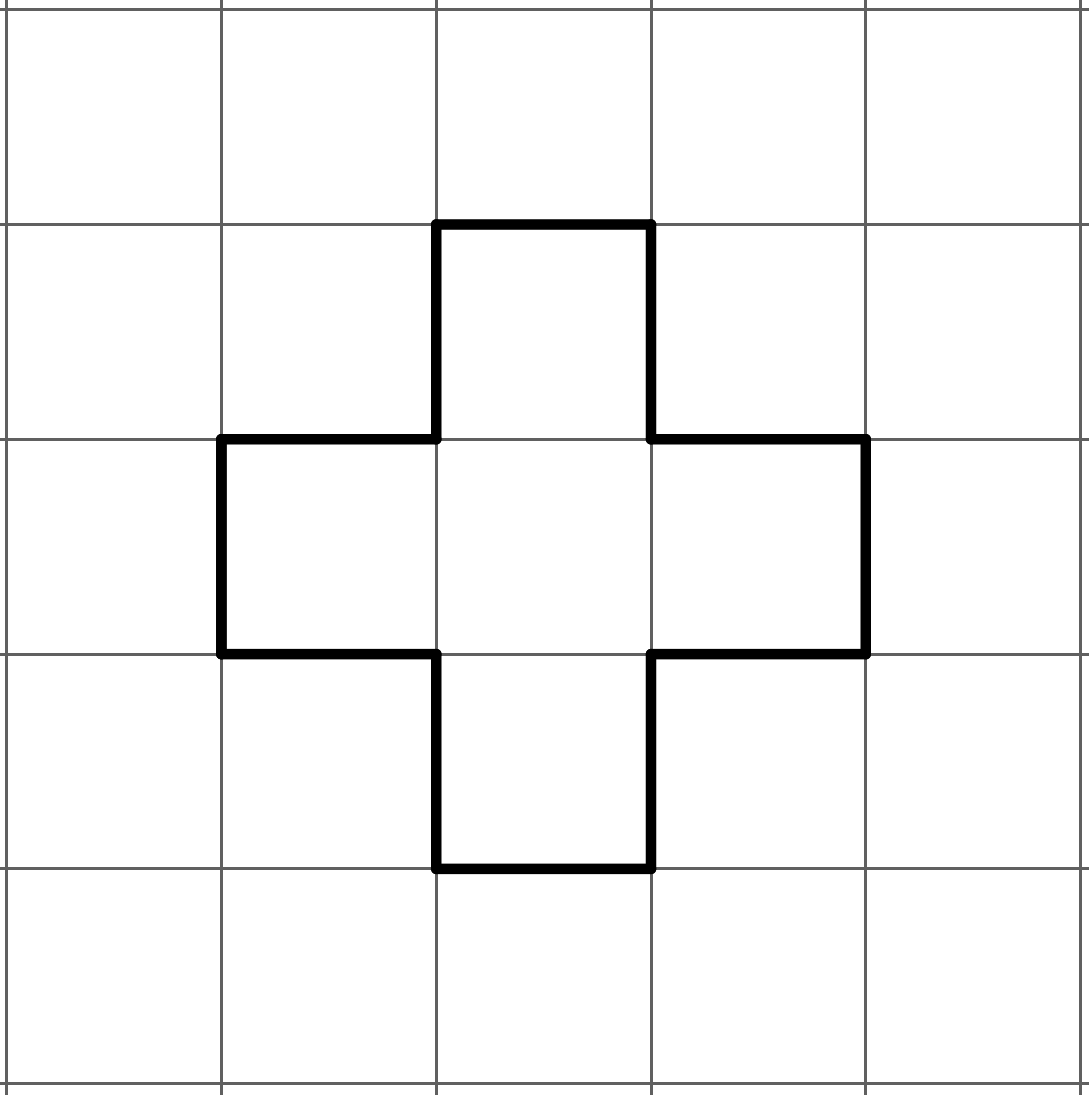 Can you use exactly 12 toothpicks to create a polygon with an area of four square toothpicks?

Here are two congruent shapes with some corresponding points labeled. 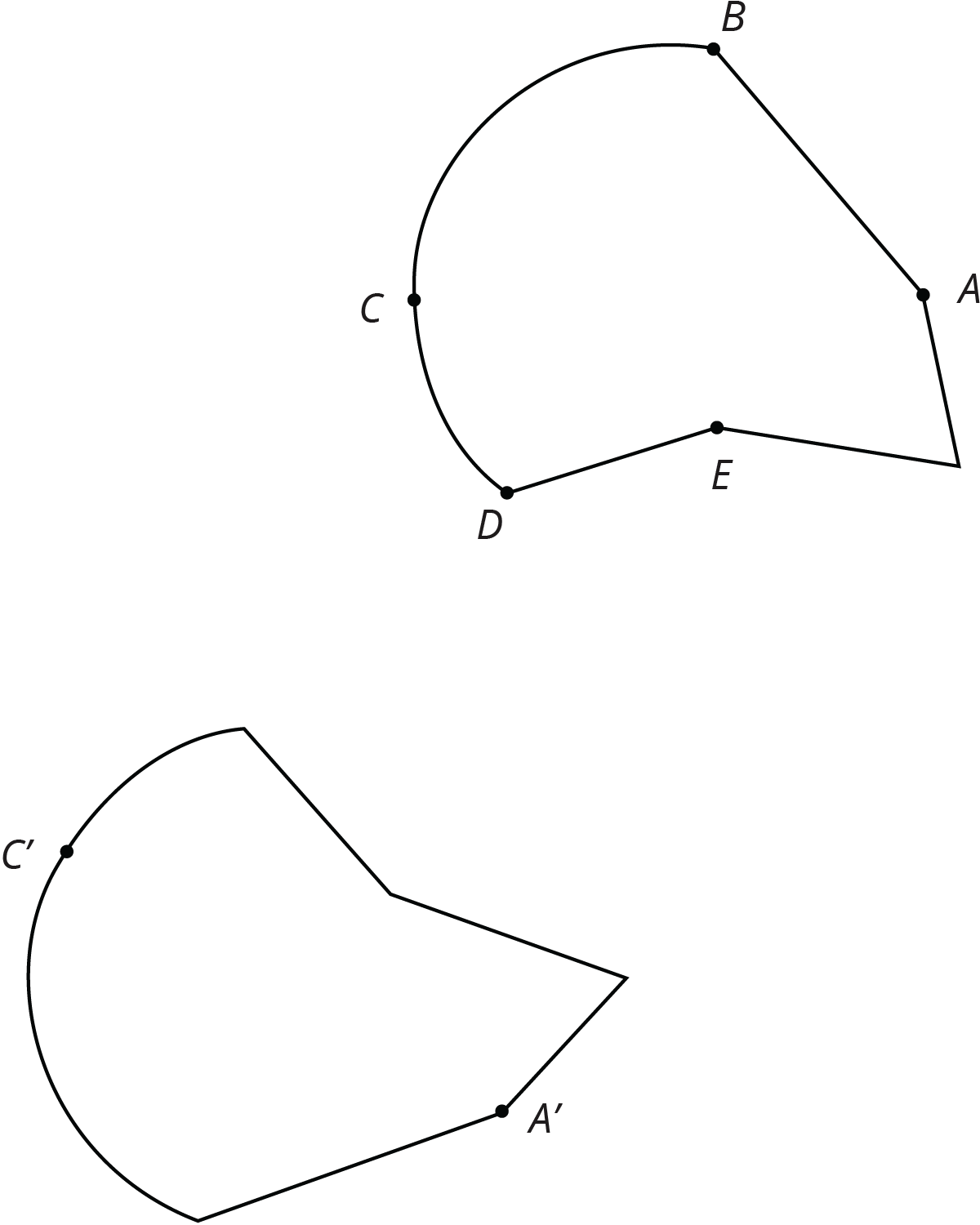 Are these faces congruent? Explain your reasoning. 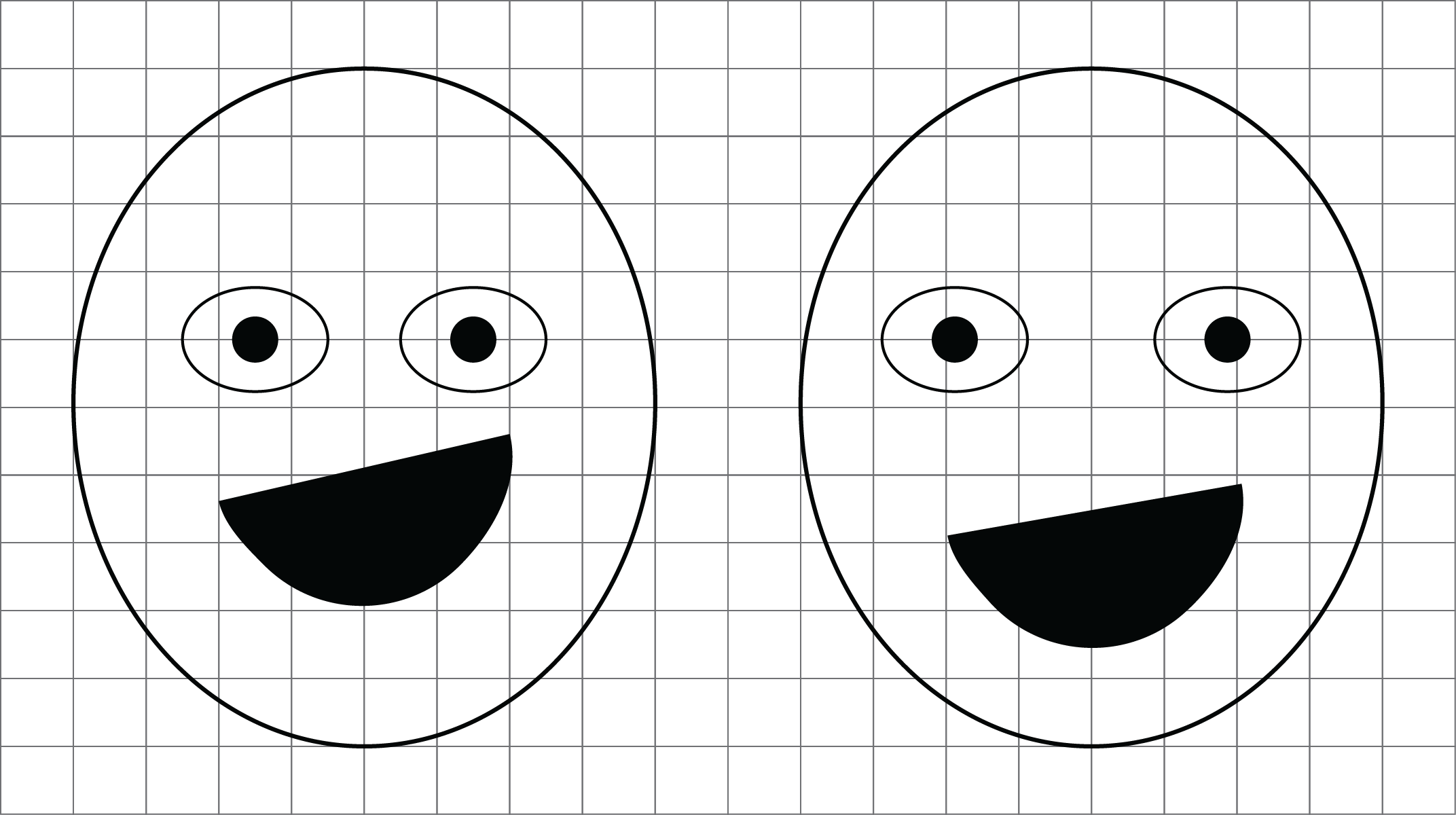 To show two figures are congruent, you align one with the other by a sequence of rigid transformations. This is true even for figures with curved sides. Distances between corresponding points on congruent figures are always equal, even for curved shapes. For example, corresponding segments $AB$ and $A'B'$ on these congruent ovals have the same length: 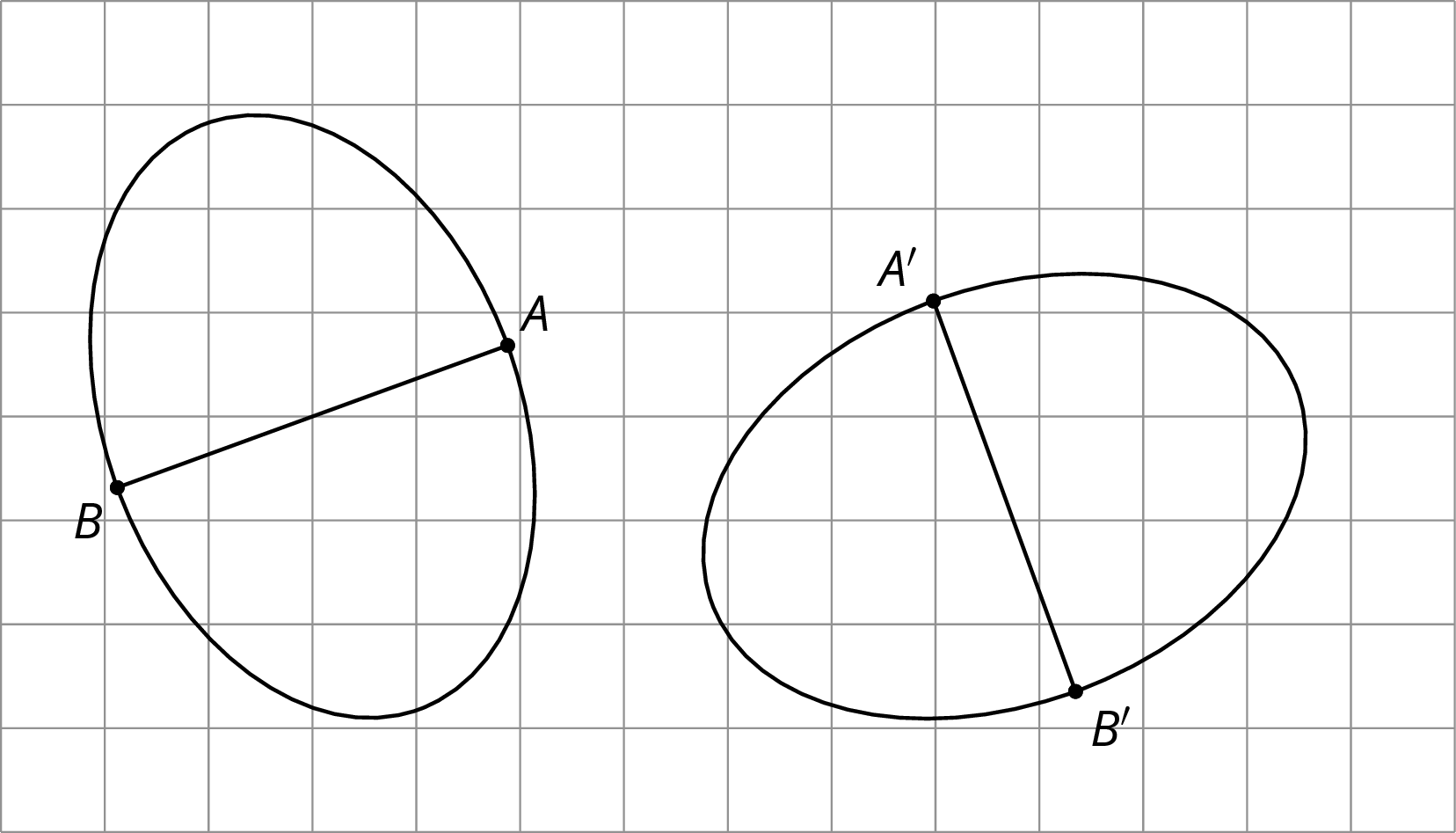 To show two figures are not congruent, you can find parts of the figures that should correspond but that have different measurements.