Noah put \$40 on his fare card. Every time he rides public transportation, \$2.50 is subtracted from the amount available on his card.

Here is a graph that shows the amount on Han’s fare card for every day of last July.

Let’s say you have taken out a loan and are paying it back. Which of the following graphs have positive slope and which have negative slope?

Elena borrowed some money from her brother. She pays him back by giving him the same amount every week. The graph shows how much she owes after each week. 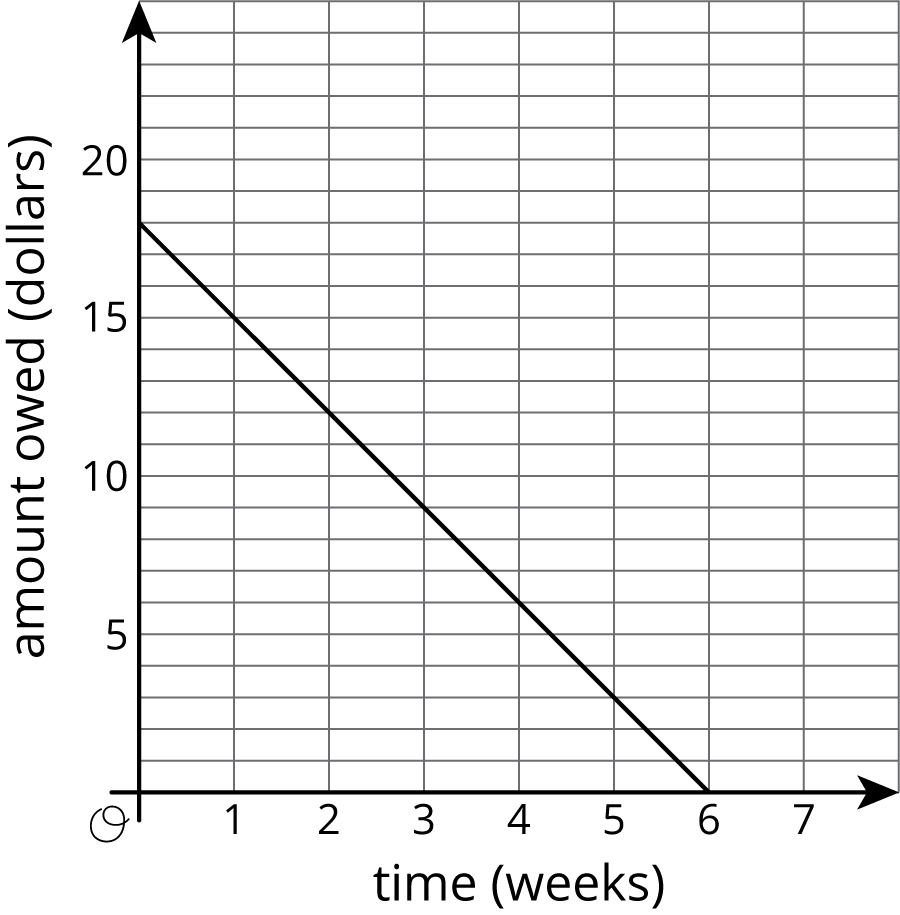 Answer and explain your reasoning for each question.

At the end of winter in Maine, the snow on the ground was 30 inches deep. Then there was a particularly warm day and the snow melted at the rate of 1 inch per hour. The graph shows the relationship between the time since the snow started to melt and the depth of the snow. 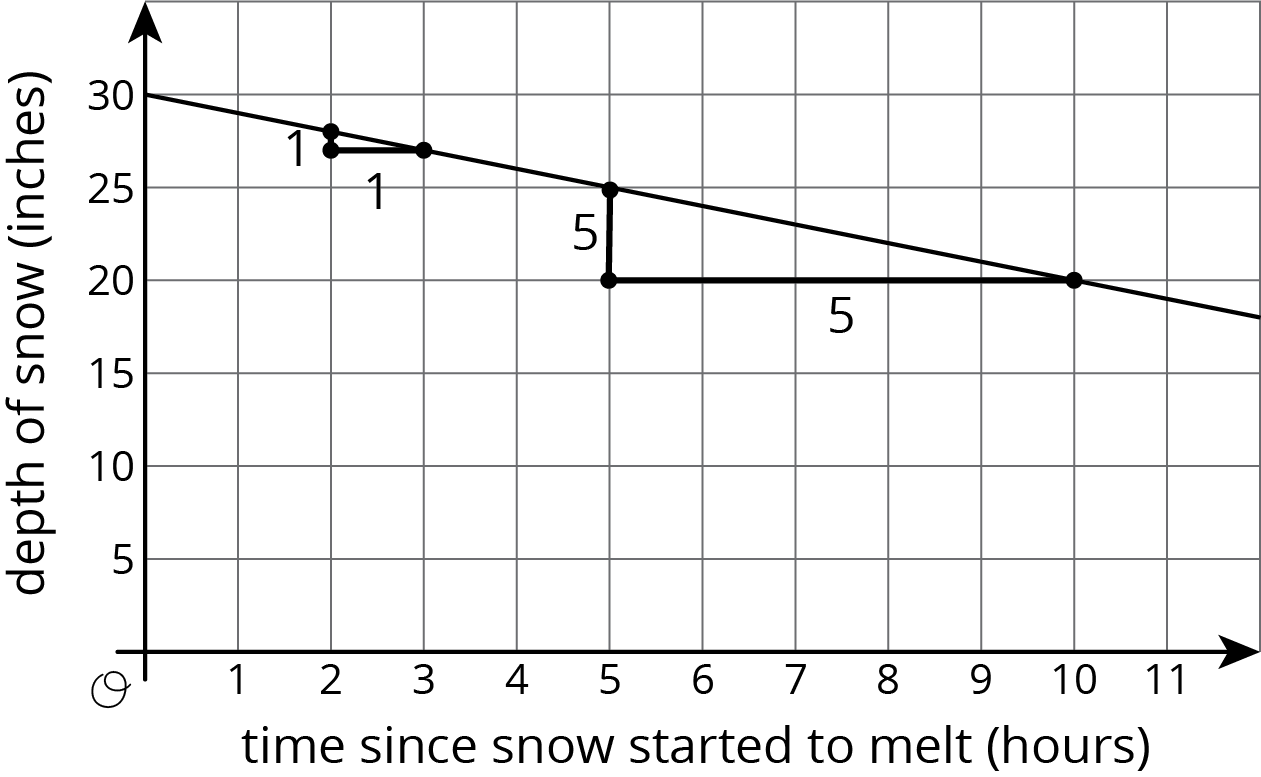 The slope of the graph is -1 since the rate of change is -1 inch per hour. That is, the depth goes down 1 inch per hour. The vertical intercept is 30 since the snow was 30 inches deep when the warmth started to melt the snow. The two slope triangles show how the rate of change is constant. It just also happens to be negative in this case since after each hour that passes, there is 1 inch less snow.

Graphs with negative slope often describe situations where some quantity is decreasing over time, like the depth of snow on warm days or the amount of money on a fare card being used to take rides on buses.

Slopes can be positive, negative, or even zero! A slope of 0 means there is no change in the $y$-value even though the $x$-value may be changing. For example, Elena won a contest where the prize was a special pass that gives her free bus rides for a year. Her fare card had \$5 on it when she won the prize. Here is a graph of the amount of money on her fare card after winning the prize:

The vertical intercept is 5, since the graph starts when she has \$5 on her fare card. The slope of the graph is $0$ since she doesn’t use her fare card for the next year, meaning the amount on her fare card doesn’t change for a year. In fact, all graphs of linear relationships with slopes equal to 0 are horizontal—a rate of change of 0 means that, from one point to the next, the $y$-values remain the same.