A person’s hands are mirror images of each other. In the diagram, a left hand is labeled. Shade all of the right hands. 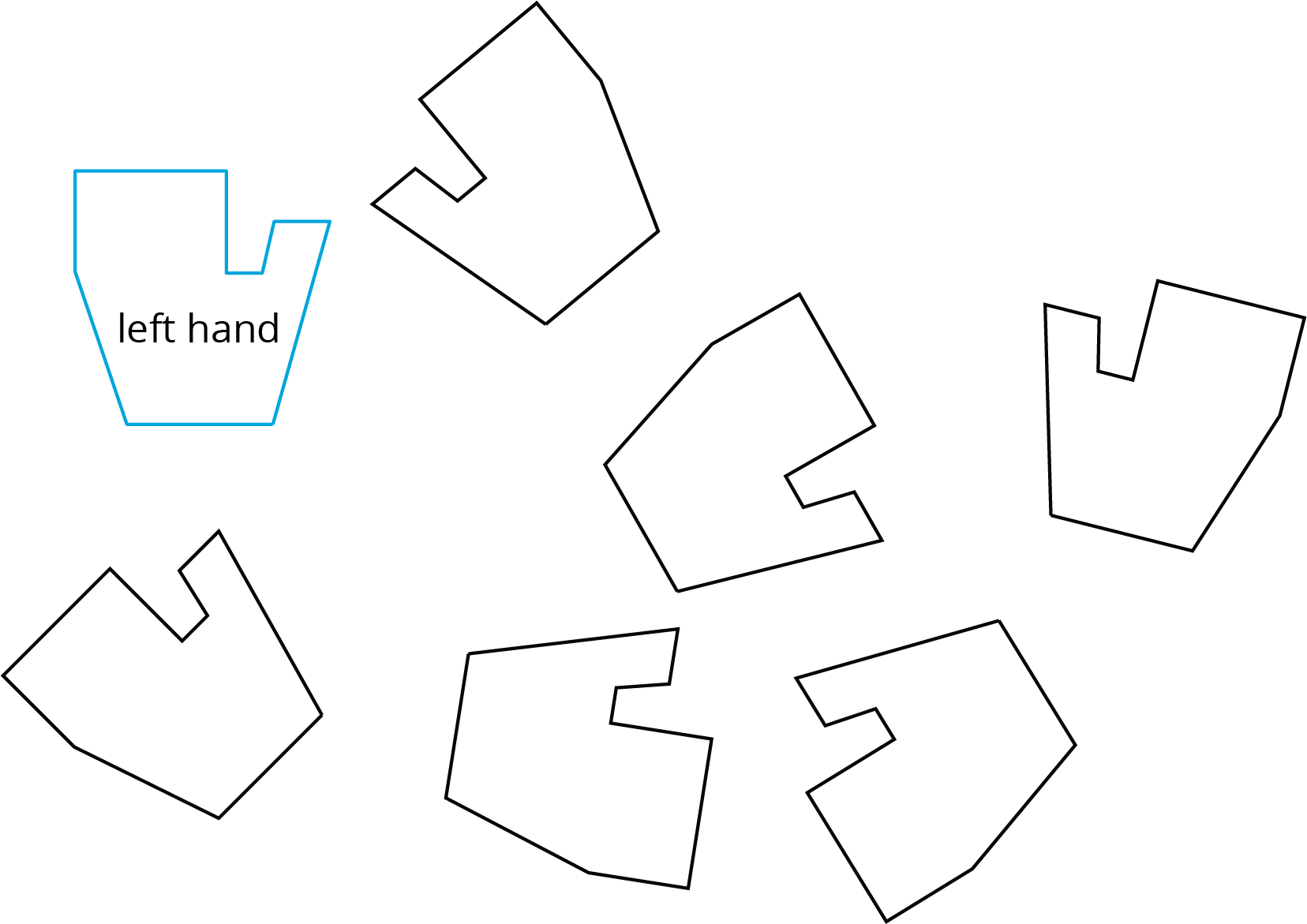 For each pair of shapes, decide whether or not they are the same. 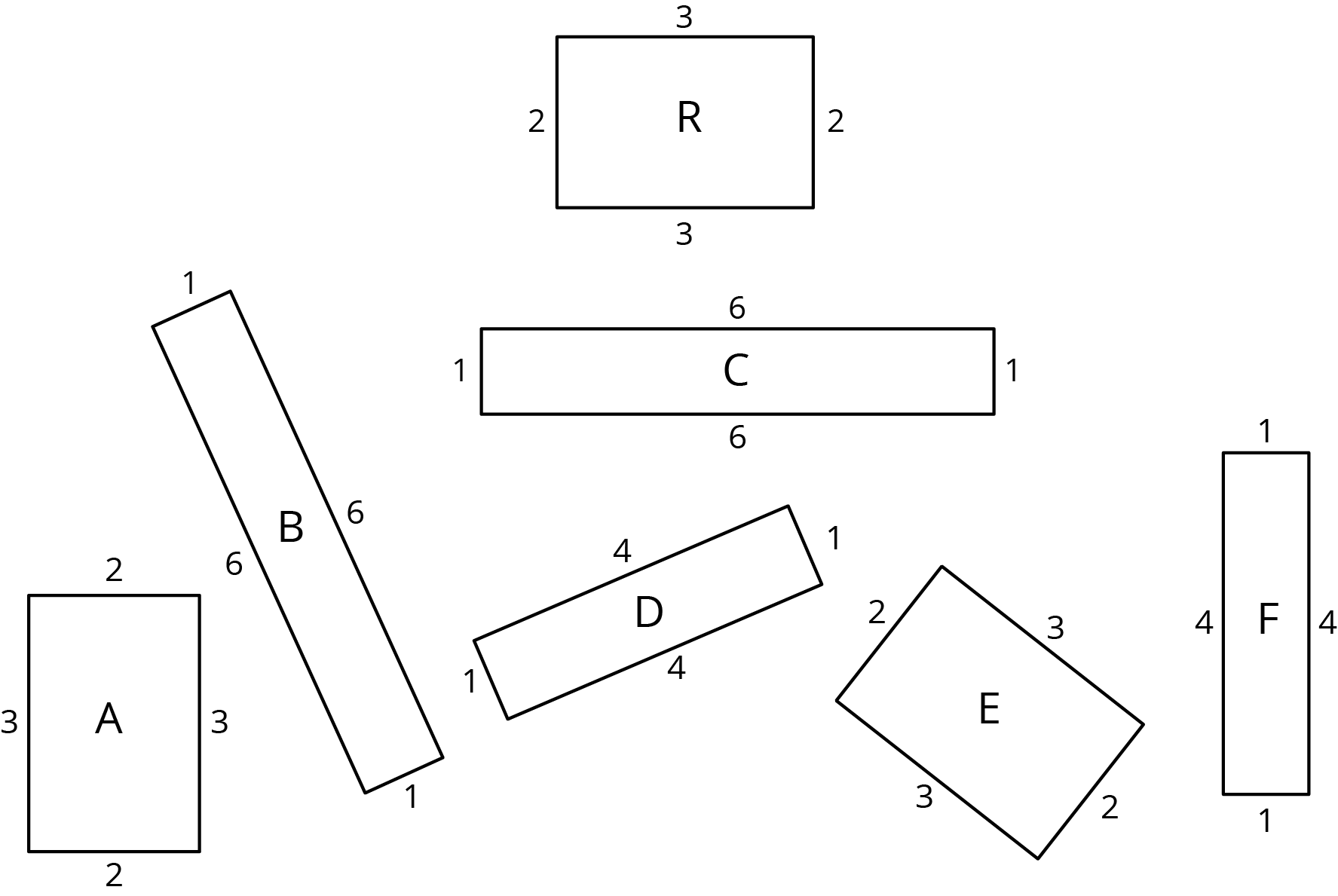 In square $ABCD$, points $E$, $F$, $G$, and $H$ are midpoints of their respective sides. What fraction of square $ABCD$ is shaded? Explain your reasoning. 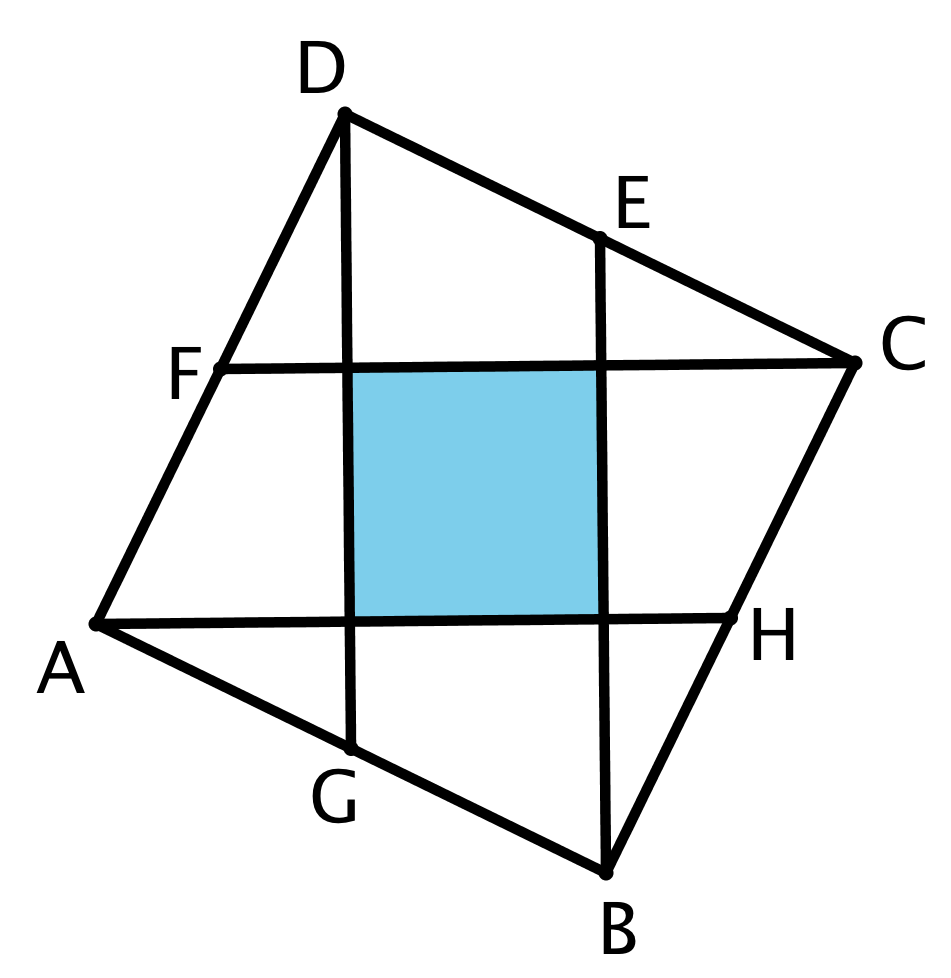 Congruent is a new term for an idea we have already been using. We say that two figures are congruent if one can be lined up exactly with the other by a sequence of rigid transformations. For example, triangle $EFD$ is congruent to triangle $ABC$ because they can be matched up by reflecting triangle $ABC$ across $AC$ followed by the translation shown by the arrow. Notice that all corresponding angles and side lengths are equal. 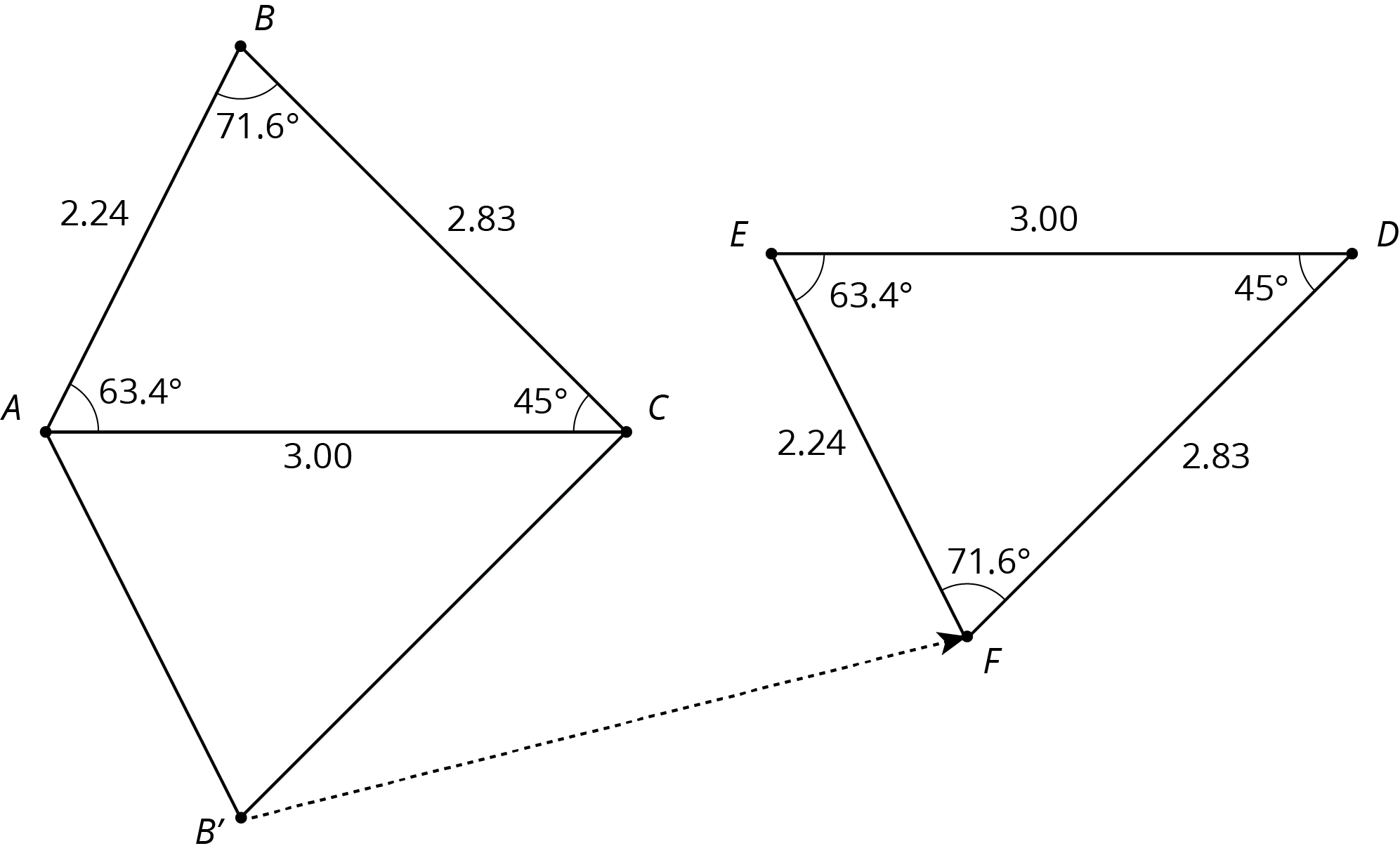 Here are some other facts about congruent figures: 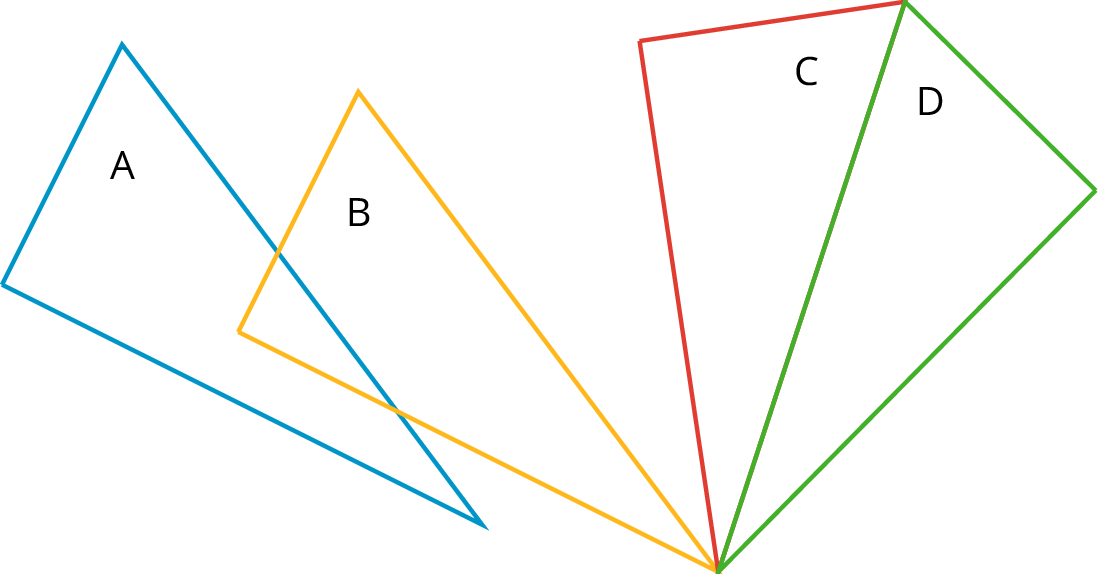