Create three different expressions that are each equal to 20. Each expression should include only these three numbers: $4$, $\text- 2$, and $10$.

Your teacher will give you some dried pasta and a set of angles.

Figure out how to draw some more lines in the pentagon diagram to make more triangles similar to $DJI$.

We learned earlier that two polygons are similar when there is a sequence of translations, rotations, reflections, and dilations taking one polygon to the other. When the polygons are triangles, we only need to check that that both triangles have two corresponding angles to show they are similar—can you tell why?

Here is an example. Triangle $ABC$ and triangle $DEF$ each have a 30 degree angle and a 45 degree angle. 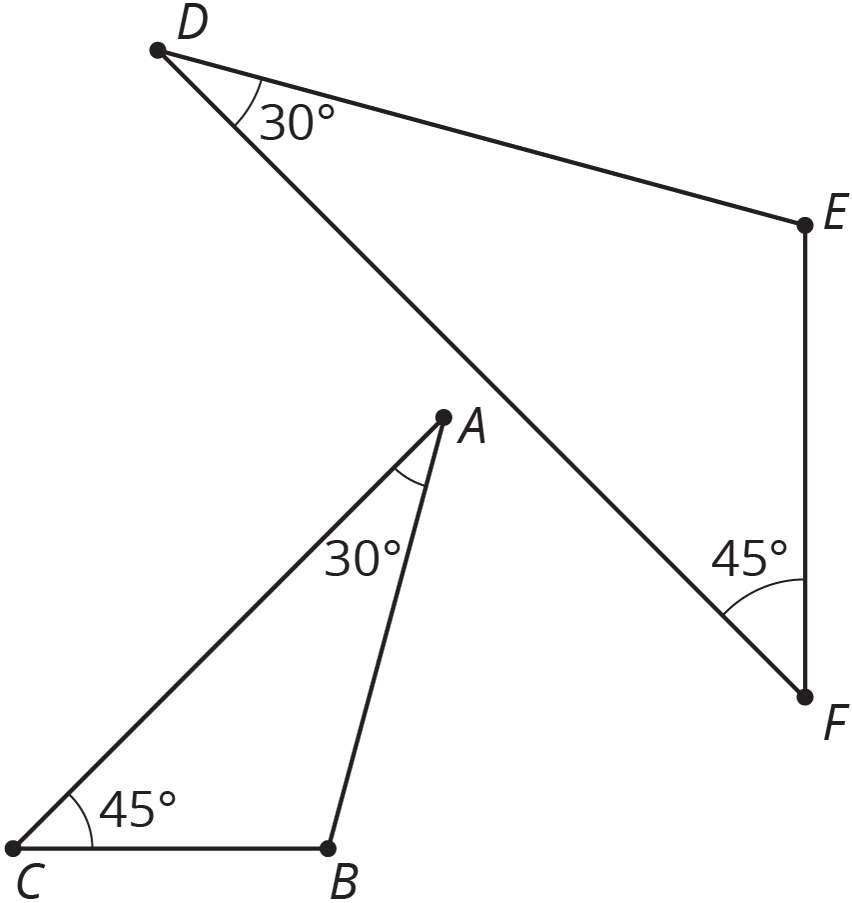 We can translate $A$ to $D$ and then rotate so that the two 30 degree angles are aligned, giving this picture: 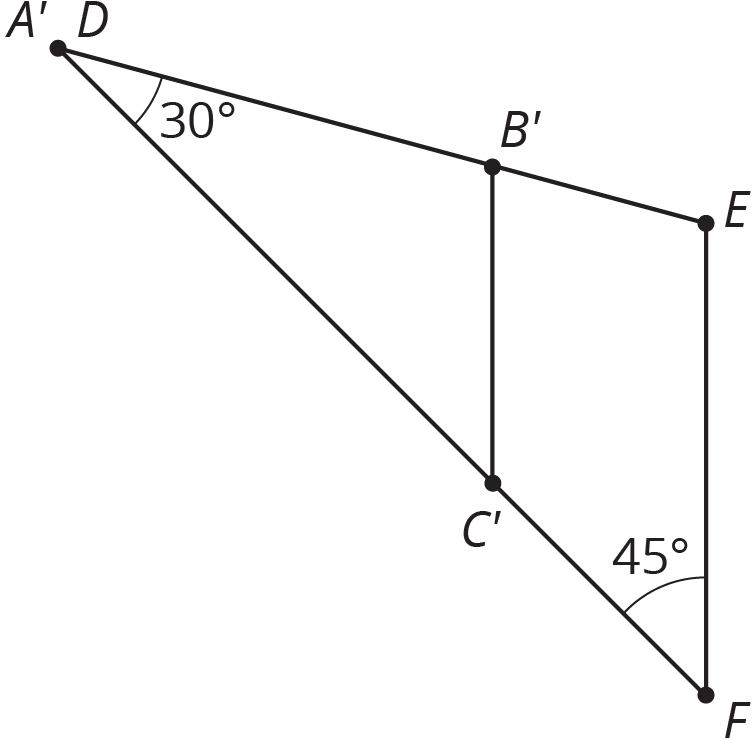 Now a dilation with center $D$ and appropriate scale factor will move $C'$ to $F$. This dilation also moves $B'$ to $E$, showing that triangles $ABC$ and $DEF$ are similar.