Find a positive solution to each equation:

Are any of these numbers a solution to the equation $x^2=2$? Explain your reasoning.

In an earlier activity, we learned that square root notation is used to write the length of a side of a square given its area. For example, a square whose area is 2 square units has a side length of $\sqrt{2}$ units, which means that$$\sqrt{2} \boldcdot \sqrt{2} = 2.$$ 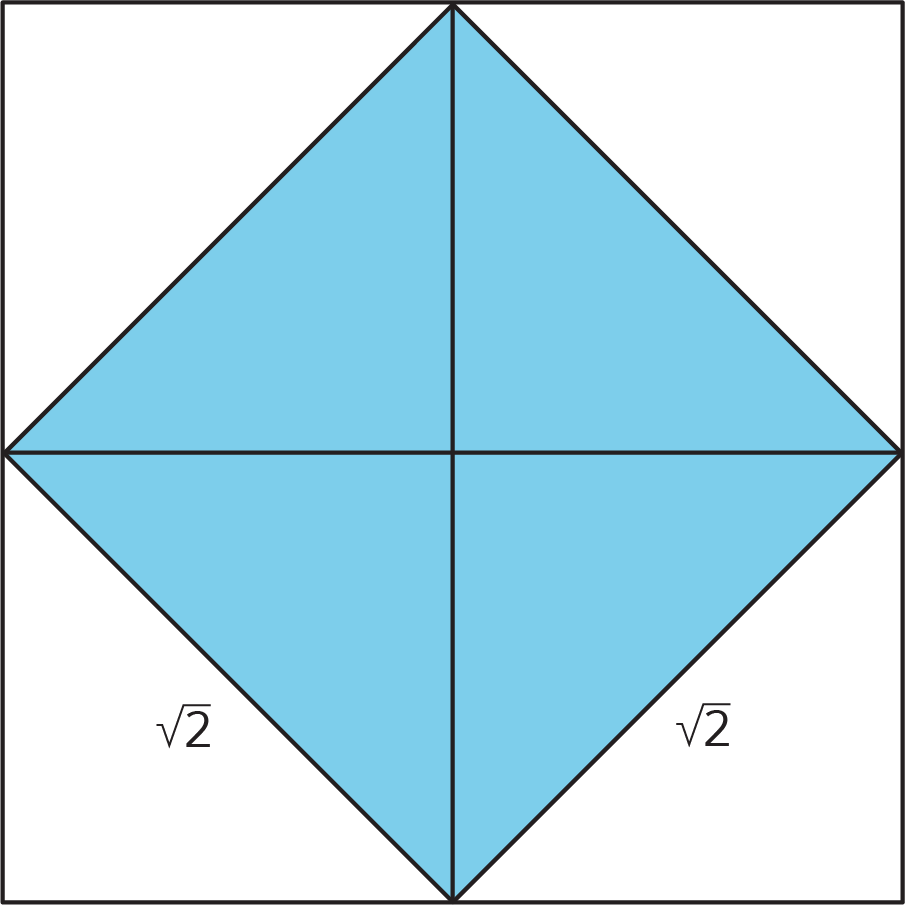 $\sqrt{25}$ is an example of a rational number. A rational number is a fraction or its opposite. Remember that a fraction $\frac{a}{b}$ is a point on the number line found by dividing the segment from 0 to 1 into $b$ equal intervals and going $a$ of those intervals to the right of 0. We can always write a fraction in the form $\frac{a}{b}$ where $a$ and $b$ are whole numbers (and $b$ is not 0), but there are other ways to write them. For example, we can write $\sqrt{25} = \frac{5}{1}$. You first learned about fractions in earlier grades, and at that time, you probably didn't know about negative numbers. Rational numbers are fractions, but they can be positive or negative. So, -5 is also a rational number. Because fractions and ratios are closely related ideas, fractions and their opposites are called RATIOnal numbers.

An irrational number is a number that is not rational. That is, it cannot be expressed as a positive or negative fraction, or zero.