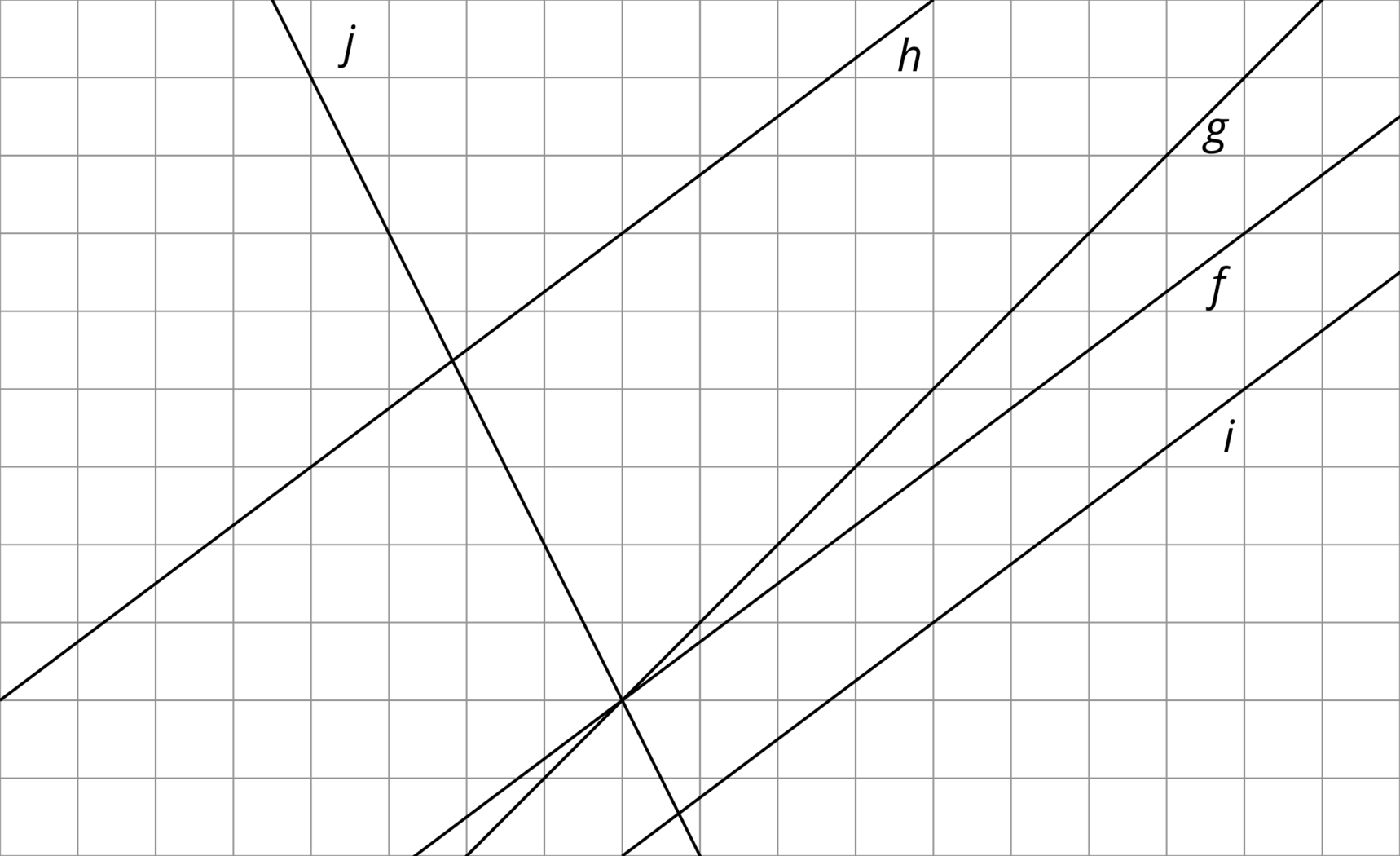 The diagram shows several lines. You can only see part of the lines, but they actually continue forever in both directions.

During an early winter storm, the snow fell at a rate of $\frac12$ inches per hour. We can see the rate of change, $\frac12$, in both the equation that represents this storm, $y=\frac12x$, and in the slope of the line representing this storm. 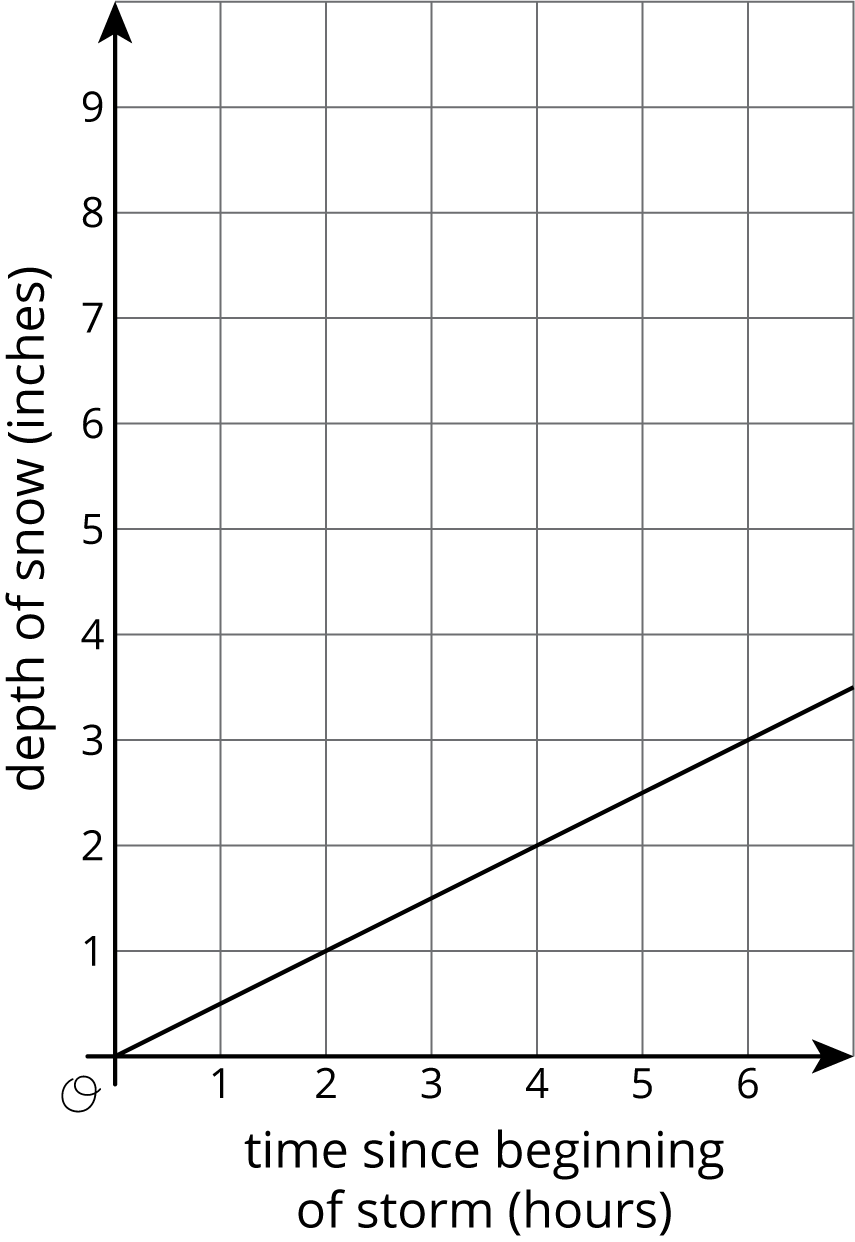 During a mid-winter storm, the snow again fell at a rate of $\frac12$ inches per hour, but this time there was already 5 inches of snow on the ground. We can graph this storm on the same axes as the first storm by taking all the points on the graph of the first storm and translating them up 5 inches. 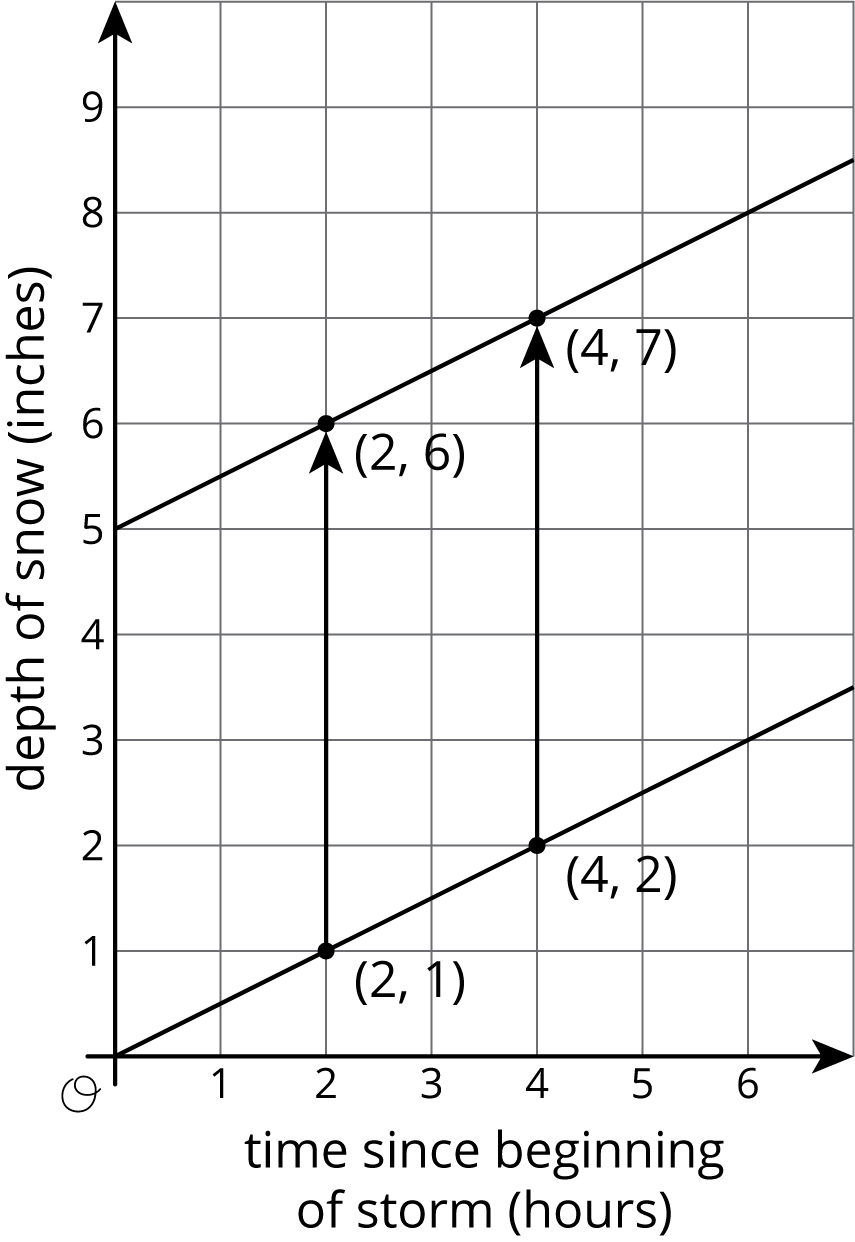 2 hours after each storm begins, 1 inch of new snow has fallen. For the first storm, this means there is now 1 inch of snow on the ground. For the second storm, this means there are now 6 inches of snow on the ground. Unlike the first storm, the second is not a proportional relationship since the line representing the second storm has a vertical intercept of 5. The equation representing the storm, $y=\frac12x+5$, is of the form $y=mx+b$, where $m$ is the rate of change, also the slope of the graph, and $b$ is the initial amount, also the vertical intercept of the graph.