If you were babysitting, would you rather

The amount of water in two tanks every 5 minutes is shown in the table.

A building has two elevators that both go above and below ground. 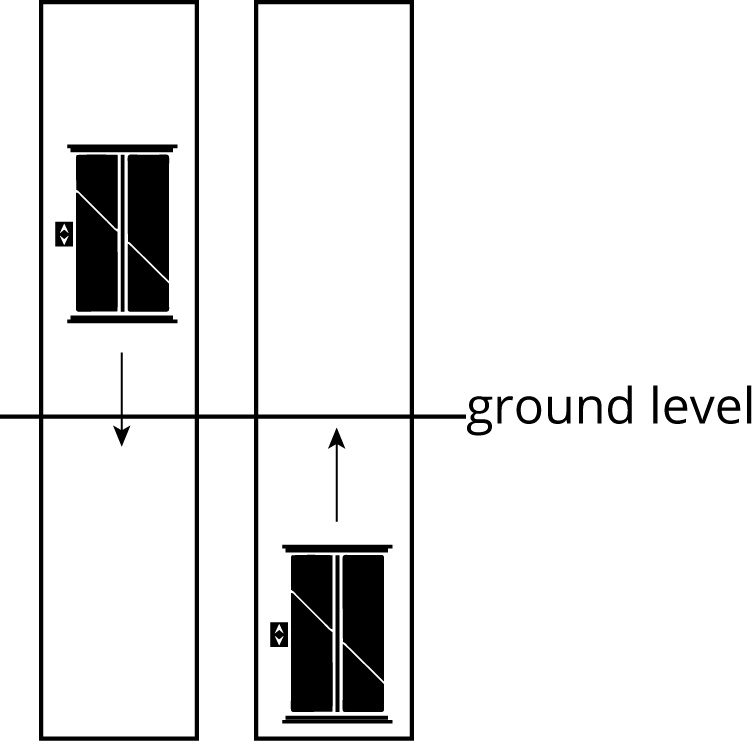 Imagine a full 1,500 liter water tank that springs a leak, losing 2 liters per minute. We could represent the number of liters left in the tank with the expression $\text-2x+1,\!500$, where $x$ represents the number of minutes the tank has been leaking.

Now imagine at the same time, a second tank has 300 liters and is being filled at a rate of 6 liters per minute. We could represent the amount of water in liters in this second tank with the expression $6x+300$, where $x$ represents the number of minutes that have passed.