Lines $AC$ and $DF$ are parallel. They are cut by transversal $HJ$. 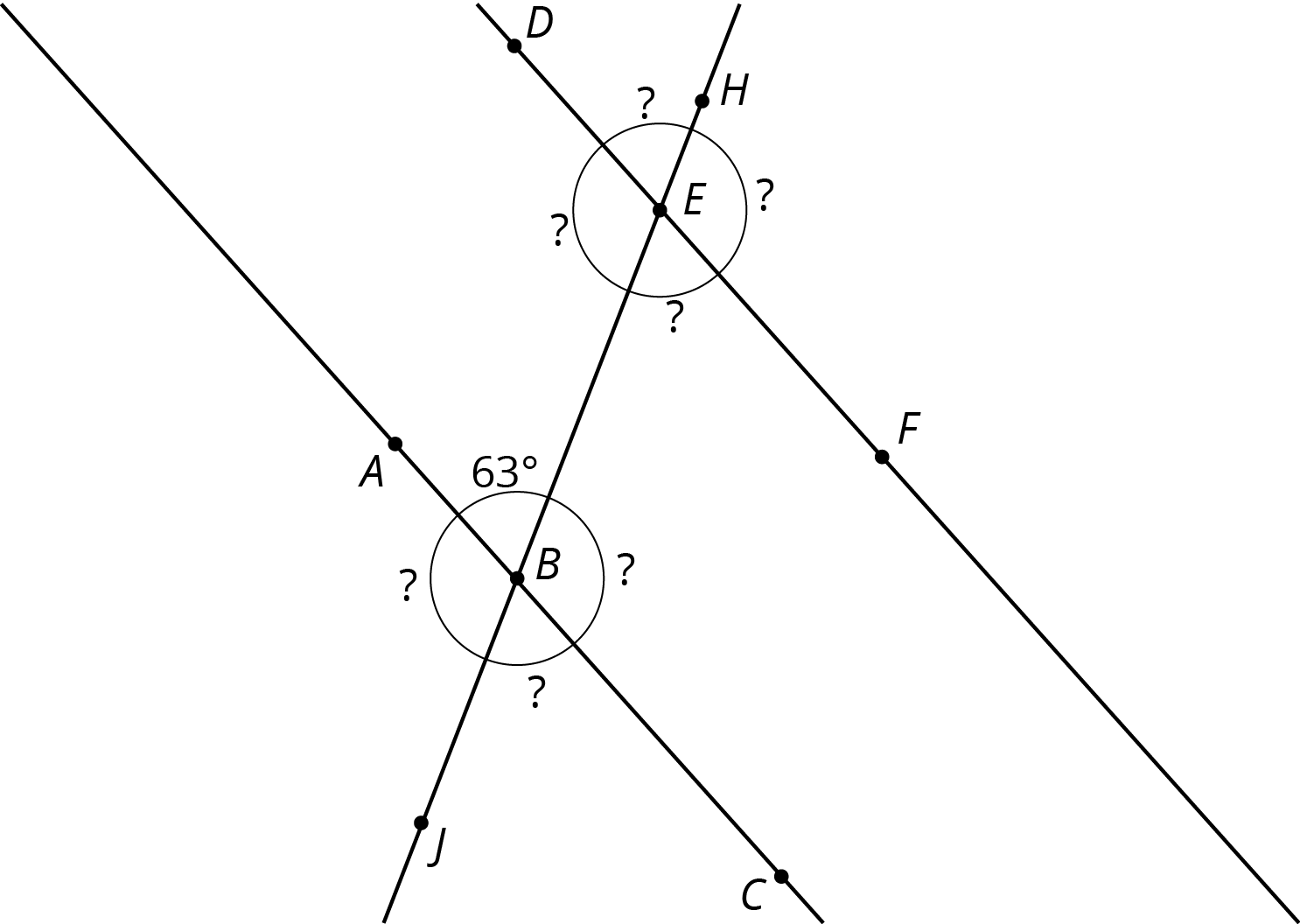 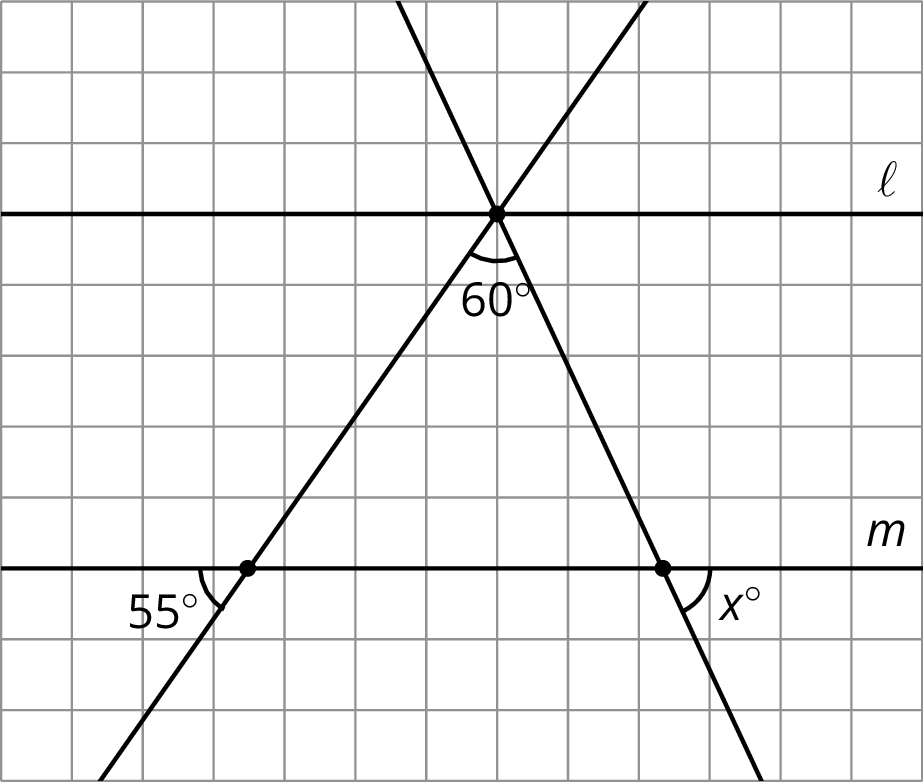 Parallel lines $\ell$ and $m$ are cut by two transversals which intersect $\ell$ in the same point. Two angles are marked in the figure. Find the measure $x$ of the third angle. 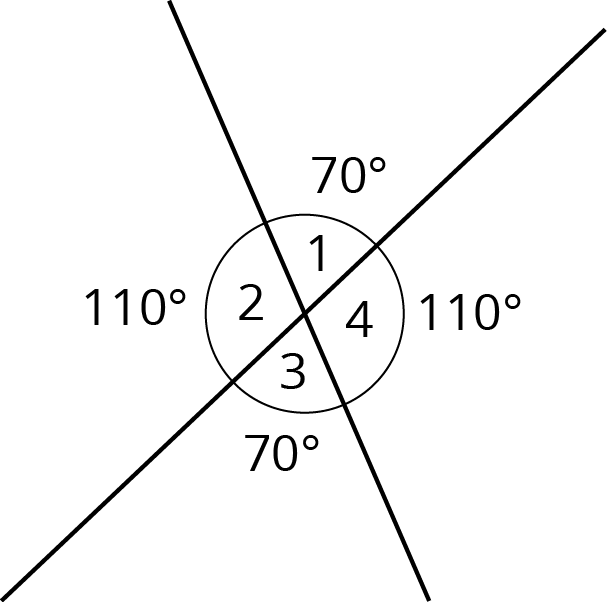 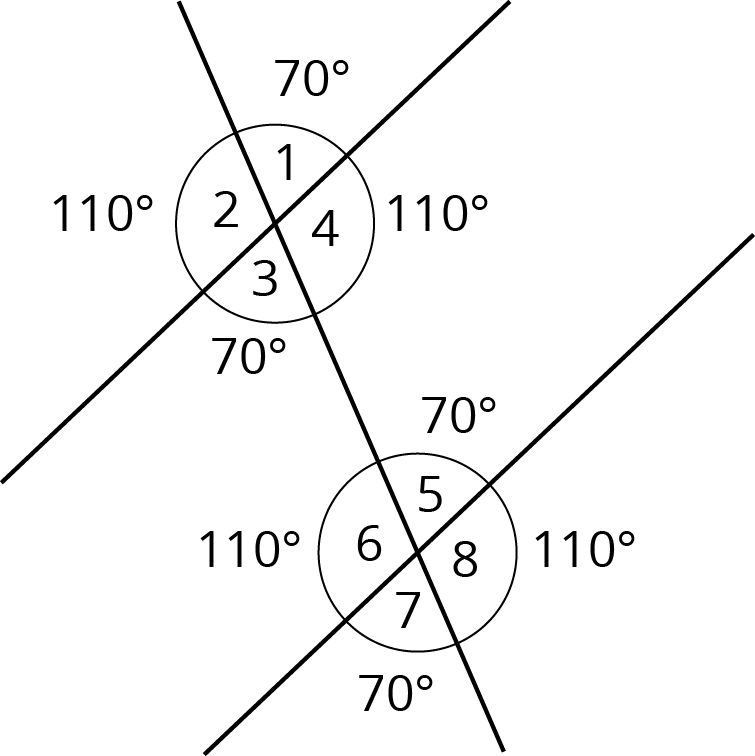 Alternate interior angles are equal because a $180^\circ$ rotation around the midpoint of the segment that joins their vertices takes each angle to the other. Imagine a point $M$ halfway between the two intersections—can you see how rotating $180^\circ$ about $M$ takes angle 3 to angle 5? 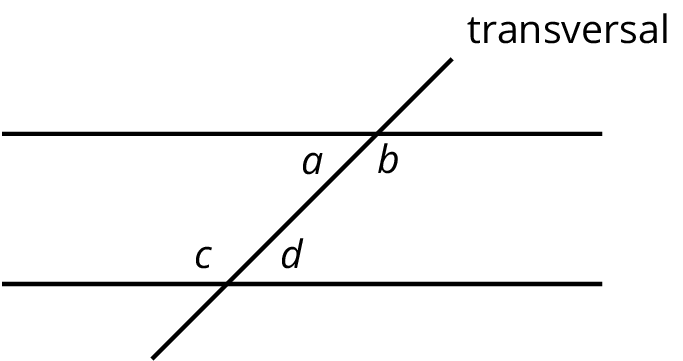 A transversal to two parallel lines is a line that cuts across them, intersecting each one.