Which one would you choose? Be prepared to explain your reasoning.

Lin needs to mix a specific color of paint for the set of the school play. The color is a shade of orange that uses 3 parts yellow for every 2 parts red.

Equations are very useful for describing sets of equivalent ratios. Here is an example.

A pie recipe calls for 3 green apples for every 5 red apples. We can create a table to show some equivalent ratios.

We can also graph the two equations we wrote to get a visual picture of the relationship between the two quantities. 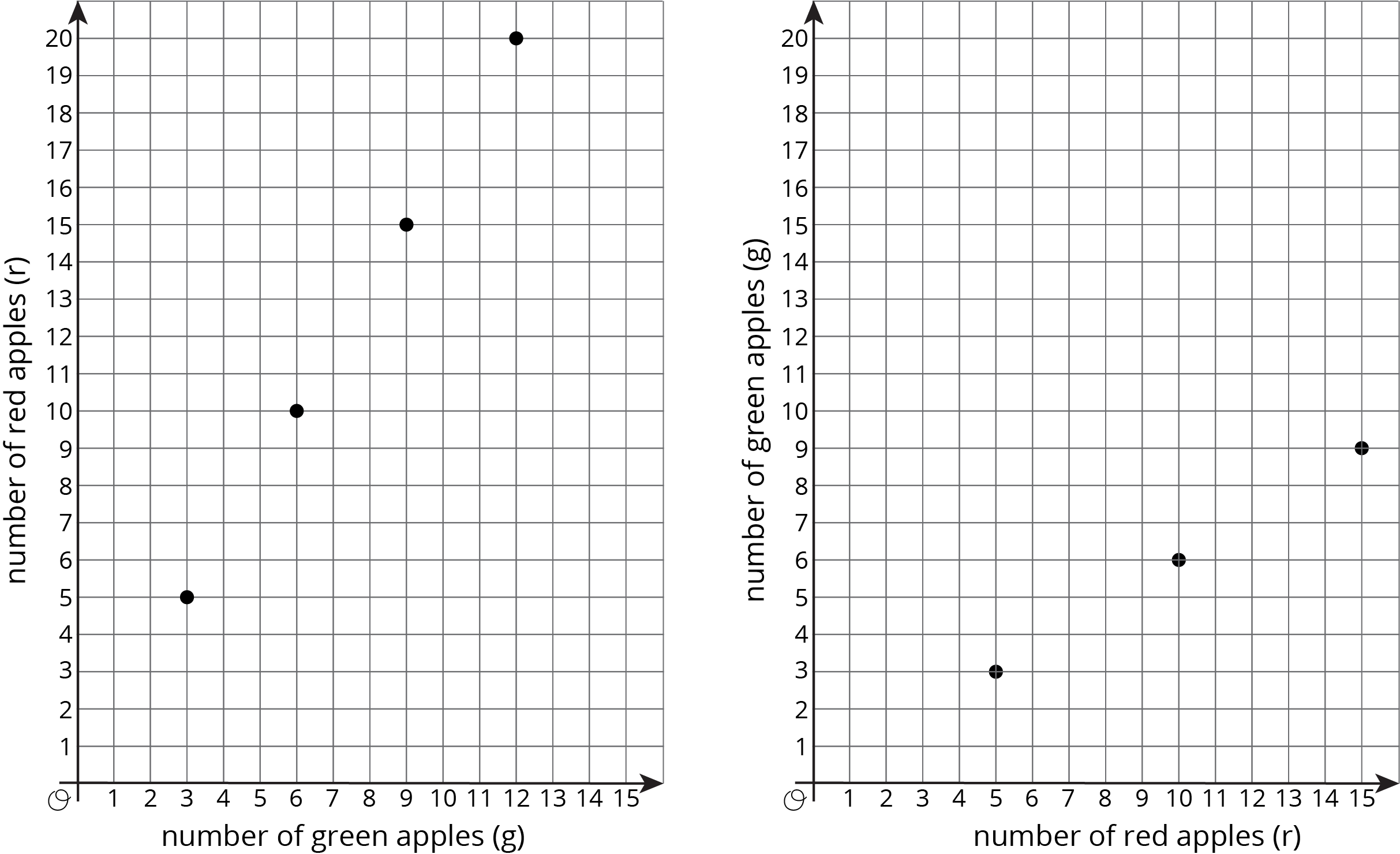 A variable representing the output of a function.

A variable representing the input of a function.