Here are two dot plots including the mean marked with a triangle. Each shows the ages of partygoers at a party. 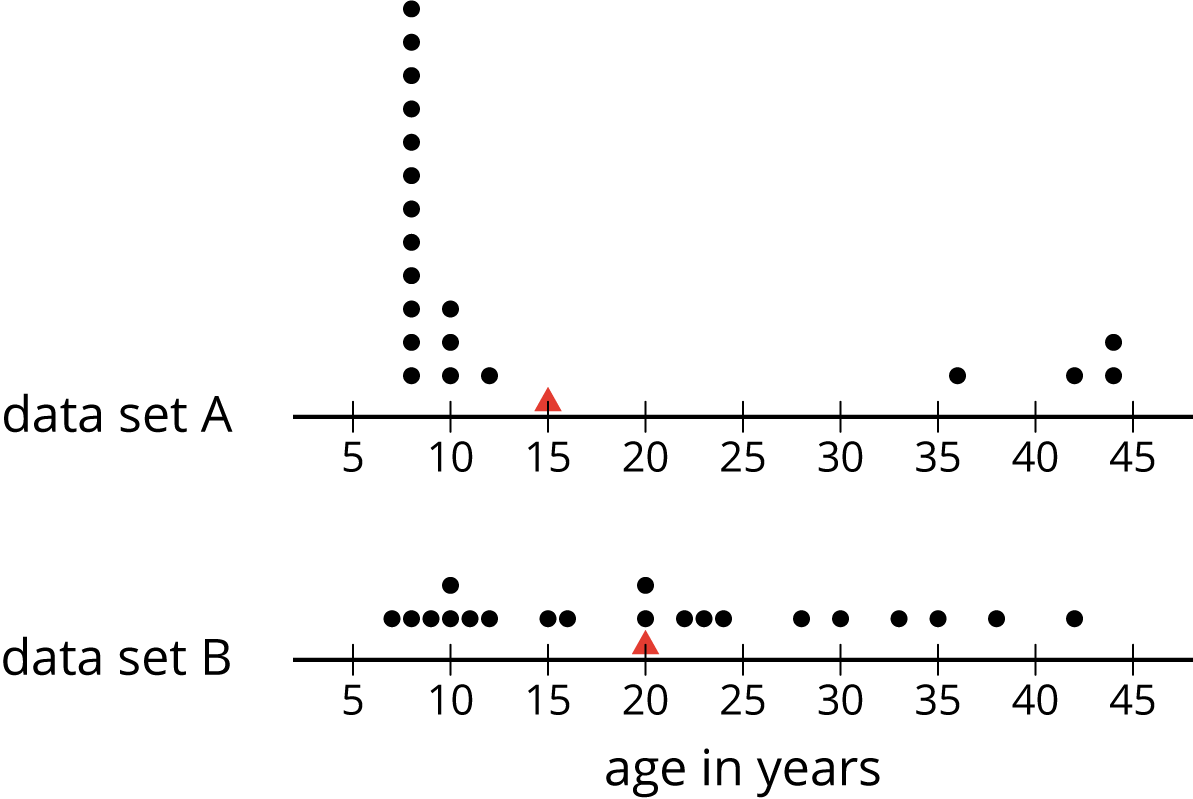 What do you notice and wonder about the distributions in the two dot plots?

Here are the ages of a group of the 20 partygoers you saw earlier, shown in order from least to greatest.

Here is the five-number summary of the age distribution at another party of 21 people.

Finding the IQR involves partitioning a data set into fourths. Each of the three values that cut the data into fourths is called a quartile.

Here is a set of data with 11 values.

The difference between the minimum and maximum values of a data set is the range.

A five-number summary, which includes the minimum, Q1, Q2, Q3, and the maximum, can be used to summarize a distribution.

Different data sets could have the same five-number summary. For instance, the following data has the same maximum, minimum, and quartiles as the one above.

The range of a data set is the difference between the maximum and the minimum.

The interquartile range of a data set is a measure of spread of its distribution. It is the difference between the third quartile (Q3) and the first quartile (Q1).