Is each equation true or false? Be prepared to explain your reasoning. 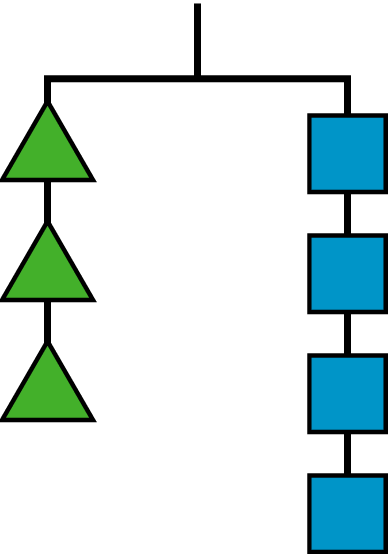 1. What does this tell you about the weight of one square when compared to one triangle? Explain how you know.

When we find the solutions to an inequality, we should think about its context carefully. A number may be a solution to an inequality outside of a context, but may not make sense when considered in context.

Here is another example: